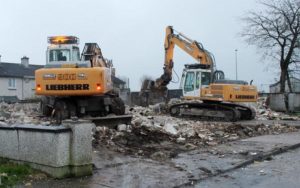 In the current context where so many people are lacking the basic requirement of a place to live and call home, we should not demolish a house unless its demolition is absolutely required for the immediate development of something else, the parish priest of Moyross in Limerick has said.

Fr Tony O’Riordan SJ was responding to the announcement that 18,000 units of social housing have been promised by next year by the new government.

Speaking on Today with Sean O’Rourke, Fr O’Riordan said that homelessness or the threat of homelessness has a very adverse effect on people.

“In the life of a young child, five years of security makes a big positive difference. Five years of insecurity leaves a legacy of personal and social problems.”

It makes no sense to put a family in the homeless services or inappropriate accommodation when there is a house that could, over a four or five year period, be used while the new house is being developed, he said.

Fr O’Riordan SJ said that he had recently intervened in three different situations where men were contemplating suicide.

In each case the “felt pressure” was housing related. Homelessness or insecurity around housing has a very serious impact on the individual and a long term social impact, he said.

He spoke of a single mother he knew, who lost her private rented accommodation when the business she worked for shut down. She and her two children moved in with her mother, who is quite ill.

The accommodation is overcrowded. Around the corner is a house, soon to become vacant, which the woman thought was likely to be demolished.

“I would love that house for my children and my partner and we could establish a home there, and that’s all I’d want,” she told the priest.

He had visited the house in question which he said seemed “structurally sound”.  “I would compare it to my own house in Moyross.” 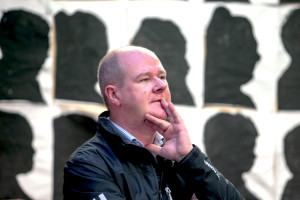 Fr O’Riordan said he had often witnessed a demolition team at work.

“Within an hour the house is no longer fit for habitation. By lunchtime it is completely demolished and by the evening time the grass is sown on a place that was a house.”

By contrast it took years to build houses.

“Where there are more than 4,000 people on the housing list in Limerick, there should be a moratorium at least to look at every house and ask ‘Can this house be used even for a four or five year period until the new housing is delivered?’”

According to the priest, 500 houses in Moyross have been demolished, but less than 40 units have been developed.

In 2008, the Government proposed an ambitious plan to regenerate the Moyross area of Limerick involving the demolition and rebuilding of 2,000 houses.

Speaking on the same programme, Seamus Hanrahan, architect and project manager with Limerick City and County Council, said the proposals were reviewed in 2012, and in consultation with local communities, the number of houses for demolition was cut in half.

Recently the council has moved another 55 houses from its demolition list. Thirty-three will be retained and the other 22 are now slated for “long term demolition” (after seven or more years).

The house that Fr O’Riordan referred to is not now to be demolished, he said.

Mr Hanrahan said that the Council were acting along the lines suggested by Fr O’Riordan, though perhaps “not to the extent that Fr O’Riordan would like”.