Testimony of Arab and Jew give “hope for Middle East” 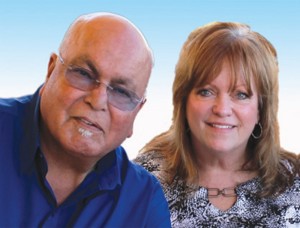 Taysir Saada, a former Muslim and his good friend, Messianic Jew Yaron Sachs, spoke to hundreds of people at a series of venues in Christian churches in Ireland this September.

The two men included Johnstown parish in south Dublin on their recent visit to Ireland and shared their extraordinary stories.

Taysir is one of millions of Muslims to become Christian in the last 20 years. His autobiography Once an Arafat man tells his story.

Born in Gaza, Taysir, who calls himself Tass, grew up as a Palestinian refugee hating the Jews and ultimately becoming a PLO sniper.

For a time he worked as chauffeur to Yasser Arafat. In 1974, he moved to the US where he worked initially washing dishes in a French restaurant.

Over time, he became successful in the hotel business and he also became friends with a Christian, Charlie, and through him went through a profound conversion to Christianity.

Sharing with his eighteen year old son that he had become Christian, he discovered that his son too, had converted.

“I’m so happy for you. Three months ago I gave my heart to Jesus,” his son told him. He and his Christian friends had been praying for the conversion of his father.

“One day I prayed, ‘Bless my people Israel and bring them back to the promised land’ before I realised what I was praying,” he told the audience in Johnstown parish.

He confided in his older brother who was in the Middle East that he had become Christian.

His brother was furious, threatening him with death if he did not return to Islam. But despite this, he and his wife Karen felt called to go back to the West Bank to minister there.

“At the airport when I arrived my older brother was there; he had a gun with him. I left the suitcase down and kissed him on the neck and then knelt down and kissed his feet and said, ‘Now you can do with me what you want’.”

Disarmed by his humility, his brother began to cry and forgot his threat.

Together with his wife, Tass set up a ministry called ‘Seeds of Hope’ whose goal is to bring hope and reconciliation between people in the Middle-East. 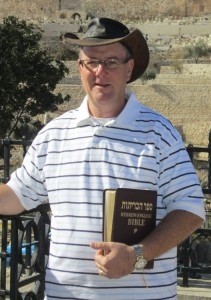 Yaron Sachs is Jewish and lives in Jerusalem with his wife Caroline and five children. Yaron works as a tour guide.

Like Tass, he had a dramatic youth serving as an undercover agent in the Israeli army and living in Japan, where he was imprisoned for three years and tortured for importing arms.

Back in Israel after his years in Japan, one day after 9/11 Yaron was almost beaten up by a group of angry Arabs.

He got away from them, and instead met a group of Messianic Jews outside Christ Church.

These are Jews who have come to know Jesus but remain Jews.

“There are Messianic Jewish congregations in every town in Israel and in many countries around the world,” comments Paddy Monaghan, one of the organisers of the event at Johnstown Parish.

Yaron became a Messianic Jew and through his work as a tour guide, met his wife Caroline.

He visited the work Tass was involved with in Jericho and they became close friends. Some of Yaron’s children attend a kindergarden school in Jerusalem called ‘Little Hearts’ which Tass helped establish. The school is attended by children of Jewish and Arab believers in Jesus.

In the foreword of a recently published book by Messianic rabbi and theologian, Mark Kinzer, (Searching her own mystery), Cardinal Christoph Schonborn of Vienna writes of the Catholic/Messianic Jewish annual dialogue whichstarted in September 2000, “The group has met annually since its beginning, rotating its location between Jerusalem and Rome.”

“Over the years the members of this group have come to know and understand one another, and to see each other as fellow believers in Jesus, the Messiah of Israel, the Son of God and Savior of the world. Strong bonds of unity and friendship have developed among us.”