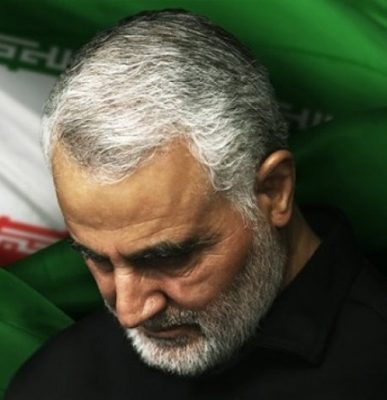 Iranian General Qasem Soleimani, who was assassinated by the United States on Friday. Photo: IranPress.

As the political crisis in relations between the United States and Iran continues to escalate, Pope Francis has called on all parties to exercise “self-control”.

On Friday, US President Donald Trump ordered the assassination of General Qasem Soleimani using missiles launched from an unmanned drone while Iran’s most senior military commander was visiting Iraq.

The American administration has claimed the extrajudicial killing was justified because Soleimani was in Baghdad planning attacks on US diplomatic personnel. However, Mr Trump’s critics say the attack was a cynical attempt by the unpredictable American president to bolster his re-election campaign.

Iran has vowed revenge, but Mr Trump has said that if any action is taken against the United States, he will launch attacks on 52 Iranian locations – a reference to the number of Americans held during the Iran hostage crisis that ran from November 1979 to January 1981.

Pope Francis made no direct reference to the conflict between the US and Iran in his address following yesterday’s Angelus prayer, but he said: “War brings only death and destruction. There is a terrible air of tension in parts of the world. I call upon all parties to fan the flame of dialogue and self-control – and to banish the shadow of enmity.”

The Pope then invited all present in St Peter’s Square to pray in silence for this intention. Coincidentally, the Pope’s Intention for January is the promotion of world peace. A link to the ‘Pope Video’ for this intention can be found on the CatholicIreland.net home page.

Following the deadly missile attack in Iraq, the Patriarch of the Chaldean Catholic Church, Cardinal Louis Rafaël Sako, expressed his shock at the killing. He said: “It is deplorable that our country should be transformed into a place where scores are settled, rather than being a sovereign nation, capable of protecting its own land, its own wealth, its own citizens.”

Because of growing sectarian tensions in Iraq and attacks on members of the Christian community there, the Chaldean Catholic Church organised no public expressions of Christmas this year, with all celebrations of the birth of Christ held privately for safety reasons.