Home > News > Teams of Our Lady celebrate 50 years in Ireland

Teams of Our Lady celebrate 50 years in Ireland

2014 marks the fiftieth anniversary of the arrival of Teams of Our Lady in Ireland.

Marking the event, the movement will host an international gathering of around 250 Team delegates from Ireland, the UK, Malawi and Trinidad from the 15 – 17 August.

This is the first time Ireland has hosted a Super Regional Gathering, and according to Áine Clayton, one of the organisers, there is a huge enthusiasm among the Irish Teams in the run up to the event which is being held in King’s Hospital School in Palmerstown, Dublin. 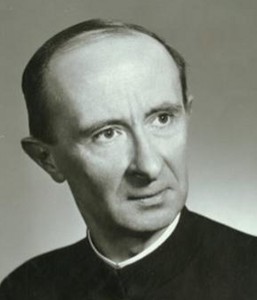 The Equipes Notre-Dame, or Teams of Our Lady, was started by Fr Henri Caffarel in Paris in 1939, just before Europe was engulfed in the Second World War.

The “Caffarel” groups, as they were known, multiplied after the war, nationally and internationally.

This led to the drawing up of a charter in 1947 which presented its essential objectives as a worldwide Christian movement for married couples, seeking to develop their relationship with God personally and as a couple.

The Charter proposed six ‘endeavours’ to help them do this: conjugal and family prayer; regular dialogue in the sight of God as a couple; a monthly Team meeting; a personal rule of life; and an annual spiritual retreat.

Áine and Joe Clayton met the movement by chance thirteen years ago.

At the time they were 25 years married. They had a good marriage already, she says, but meeting the Teams, fulfilled an “unexpressed search for spiritual sustenance”.

An immediate change was that the couple began to pray together as a couple, sitting together quietly, saying some prayers in silence and then praying from the heart out loud too. “You hear the voice of God expressed in your spouse. I got to know Joe’s feelings and thoughts,” she told CatholicIreland.net.

Joining the Teams of Our Lady helped their relationship a lot. “It has been really beneficial to us”.

In October the first phase of the official cause for the beatification of Fr Henri Caffarel will be submitted to Rome.

Celebrations marking this momentous event in the history of the Equipes Notre-Dame will take place in Paris on 18 October, and local events are expected to happen all over the world. 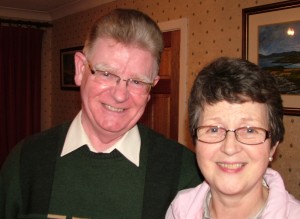 “The movement has stood the test of time,” says Áine Clayton.

But she sees a great need for them to step out and spread its message and practise to many other couples.

“Marriage is being bomarded. It would be wonderful if others could have what we have, which is such a support to marriage. We need to move outwards!”

The weekend, in King’s Hospital, they will celebrate the movement’s fifty year history in Ireland, launching a Memorial Book of Remembrance, listing the names of over 50 deceased members of teams, including chaplains.

On Saturday evening the deceased members will be recalled in a special candle ceremony.

It will also address the future of Teams, and a priest and layperson from Contemplative Outreach Ireland will speak about the practise of Centering Prayer.