Barnardos has called on the new government to invest in parents and Tusla after a court in Galway sentenced parents for neglect and cruelty to their children between 2006 and 2011.

Such cases of neglect will continue unless there is sufficient investment the children’s charity warned.

“Unfortunately, there have been plenty of high profile cases of child neglect and abuse such as the Roscommon case and Kelly Fitzgerald. The key recommendations issuing from these have consistently highlighted the need to invest properly in appropriate supports and services for parents.”

He said that neglect is the main reason for referral to Tusla. However, as it is underfunded there is not enough frontline staff to offer appropriate support.

Instead it focuses on crisis cases. Even the additional funding to Tusla given in Budget 2016 is insufficient to shift its focus into a more preventative direction.

“It is imperative that the resources are given to Tusla to ensure it can meet its full obligations,” said Fergus Finlay.

He explained that the impact of neglect on children is severe and can be irreparable.

Neglect affects children’s well-being, and can undermine their emotional security for trust and being loved. It can damage all future relationships they have. Failure to invest in prevention and early intervention is a failure to protect vulnerable children.

“As a society, it is not an area we should scrimp on,” said Fergus Finlay. 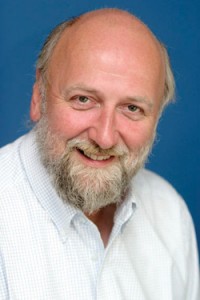 His organisation estimated that the Tusla organisation was underfunded by €50m to €60m at its foundation in 2014.

Separately this week, Barnardos called on politicians to end party political squabbles and to put children first by forming a new Government as quickly as possible.

June Tinsley, Head of Advocacy, Barnardos, said that in the six and a half weeks since the general election, political parties have been squabbling while the country lacks leadership at a crucial time for children.

“Children were disproportionately affected during the recession and the danger is that the problems of child poverty, homelessness and educational disadvantage will fester the longer we are without clear political leadership,” she said.

“It is absolutely crucial that children’s needs are at the forefront of the 32nd Dáil and the new Government leading it. We spoke with children across the country and they put these scrapping politicians to shame with their clear-sighted vision of what needs to change so they and their peers are better supported.”

The charity spoke to dozens of children around Ireland to see what they would prioritise if they were in Government.

Five-year-old Dylan from Clonmel said if he was Taoiseach he would deliver “more books or better books for children to read in schools,” and, “a light and curtains in every child’s room”.

A four-year-old from Tallaght said she would “invent stuff like food machines to make sure there is enough food” if she was Taoiseach.

Torie, aged nine and from Tallaght said, “People are homeless and dying on the streets, they need more money and a home”.