TD appeals for proceeds of stolen Trocáire boxes to be returned

“The local community are very, very angry that people would dare to break in to their church and smash the safe open. Nothing is sacred any more.” 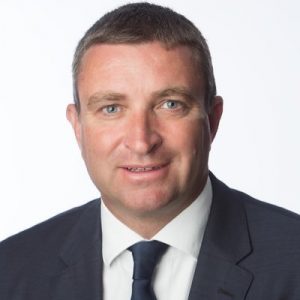 A Fianna Fáil TD has appealed to anybody who knows anything about a robbery of a church collection and Trocáire box’s at a church in his constituency to contact the Gardaí.

On Easter Monday the safe was smashed opened at the Church of the Assumption in Ballylanders in Co. Limerick and a substantial amount of money was taken.

Speaking this week about the incident on local radio, Deputy Niall Collins, who represents the Co. Limerick constituency, said the crime was the “lowest of the low”.

He added: “It is a huge insult to the local community who were so generous in their offerings over Easter. To think that these criminals would target the church is absolutely despicable. The local community are very, very angry that people would dare to break in to their church and smash the safe open. Nothing is sacred any more.”

His words were echoed by local parish priest Fr Tom Breen. He said locals are very upset over what had happened. “I discovered it on Monday morning April 17th. It wasn’t very pleasant. They broke in through a side door, found the safe and smashed it open,” said Fr Breen. “We have a small number of people coming to Mass and for them to see their contributions stolen is wrong and very upsetting.”

Asked if he thought the criminals deliberately chose the night of Easter Sunday, when collections would he larger than normal, Fr Breen said: “It would appear that way.”

Gardaí believe that thieves made off with a sum of money in the region of €4,500, which included the proceeds of Trocáire Lenten campaign boxes as well as a special collection for a new church roof, Easter dues and the regular collection.

They have appealed to anyone who may have witnessed any suspicious activity in the Ballylanders area on Easter Monday 17 April to contact Bruff Gardaí on 061 382940. Gardai said they are continuing with their enquiries, which include checking CCTV cameras in the locality.