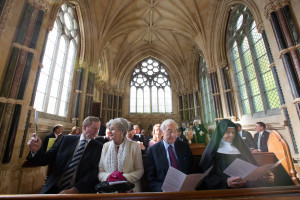 The Taoiseach Enda Kenny has launched the new education centre at Kylemore Abbey which is part of a partnership programme between the University of Notre Dame and the Benedictine community in Co Galway.

The top US catholic university and Kylemore Abbey announced last year that they would create a centre to advance shared spiritual, cultural and educational missions.

Facilitating the programme with the US college will give Kylemore Abbey, which closed down its boarding school in 2010, a new lease of life.

The university has said the programmes that will be developed for its student at Kylemore “will draw both upon the rich tradition of Benedictine spirituality and the academic rigour of Notre Dame”. 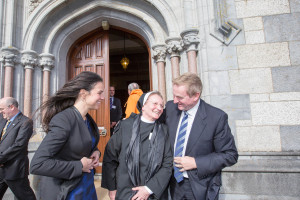 The abbess of Kylemore, Sr Maire Hickey, said last year that she had “high hopes that this partnership will yield rich fruits for generations to come”.

The partnership is being supported by Martin Naughton, a billionaire Irish businessman who founded consumer electrical goods firm Glen Dimplex.

Notre Dame has a partnership in Dublin to provide academic and intellectual hubs where students and leaders from government and business gather to discuss issues.

Kylemore abbey, with its gothic chapel and Victorian walled garden, is already among the top tourism destinations in the west of Ireland.

It is hoped that the new educational centre will attract more visitors from the US.