Brother Alois, Prior of Taizé

Taizé has reported that there were 5 cases of sexual assault on minors in the years from the 1950s to the 1980s, by 3 different brothers, 2 of whom have been deceased for over 15 years.

Brother Alois issued a statement on 4 June 2019 which stated: “… I have become aware with deep sadness of cases involving our brothers and, even if these cases are old, we have felt, in community, that we had to speak about them.”

He stated that when he was informed of these accusations, his first concern was to listen, with other brothers, to the victims, “in an absolute respect for their words, to hear their suffering and to remain alongside them to the best of our ability”.

He added that understanding of the gravity of such violations has increased in recent years and French law has evolved to require that every case be reported, “independently of the date on which the acts were committed”, so he has “just informed the public prosecutor of these five situations”.

He had done this to continue establishing the truth, and after speaking beforehand with the victims. “We recognise that these assaults committed in the past by brothers are also part of our history,” he stated.

Speaking of the victims he said: “Our first thoughts go out to them; in hearing what they experienced and suffered, we feel shame and deep sorrow. It is possible that this statement may encourage other possible victims to make themselves known. We will listen to them and will remain alongside them in the steps that they choose to take.”

He said that he and the community are convinced that by bringing this to light and with the help of people outside the community, they will help to protect those who show their trust by visiting Taizé.

“If I am speaking today, it is because we owe this to the victims, to those close to them, and to all those who seek at Taizé a space of trust, safety and truth,” stated Brother Alois. 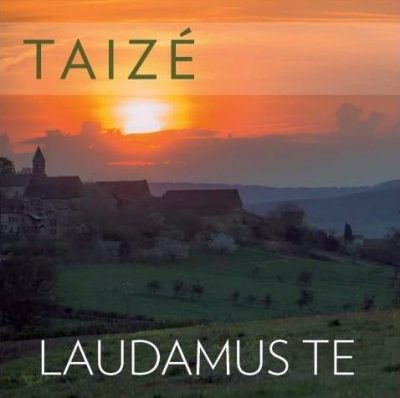 In the statement titled ‘Ascertaining the Truth’ he outlined the measures that have been put in place for safeguarding and said that when “violations of integrity have taken place” and when Taizé is informed, they listen to the victims, and inform the competent authorities, both judicial and ecclesial.

He added that among other measures, since 2010 a page of the website has been dedicated to the protection of individuals and an email address set up to facilitate a possible reporting of offenses.

At Taizé itself, a brother and other persons outside the community are responsible for listening to any person aware of an assault that is sexual in nature or any other form of violence, particularly concerning a minor. This is included in the information given to all the participants upon their arrival.

Brother Alois added to the end of the statement details of where to report abuse, stating: “Every act of aggression, old or more recent, committed against a minor or an adult, whether by a brother abusing his moral ascendancy or by any other person, can be reported to the address [email protected], to a victims’ association or to national hotlines given on the Taizé website.”

Taizé began in 1940 when, at the age of 25, Brother Roger Schutz left Switzerland, the country where he was born, to go and live in France. Today, the Taizé Community there is made up of over 100 brothers – Catholics and from various Protestant backgrounds – coming from around 30 countries.

Every week of the year the community welcomes thousands of mainly young people who search for communion with God through community prayer, song, silence, personal reflection and sharing. Ecumenism is the key to Taizé, making it appeal to people of many different cultures and traditions.