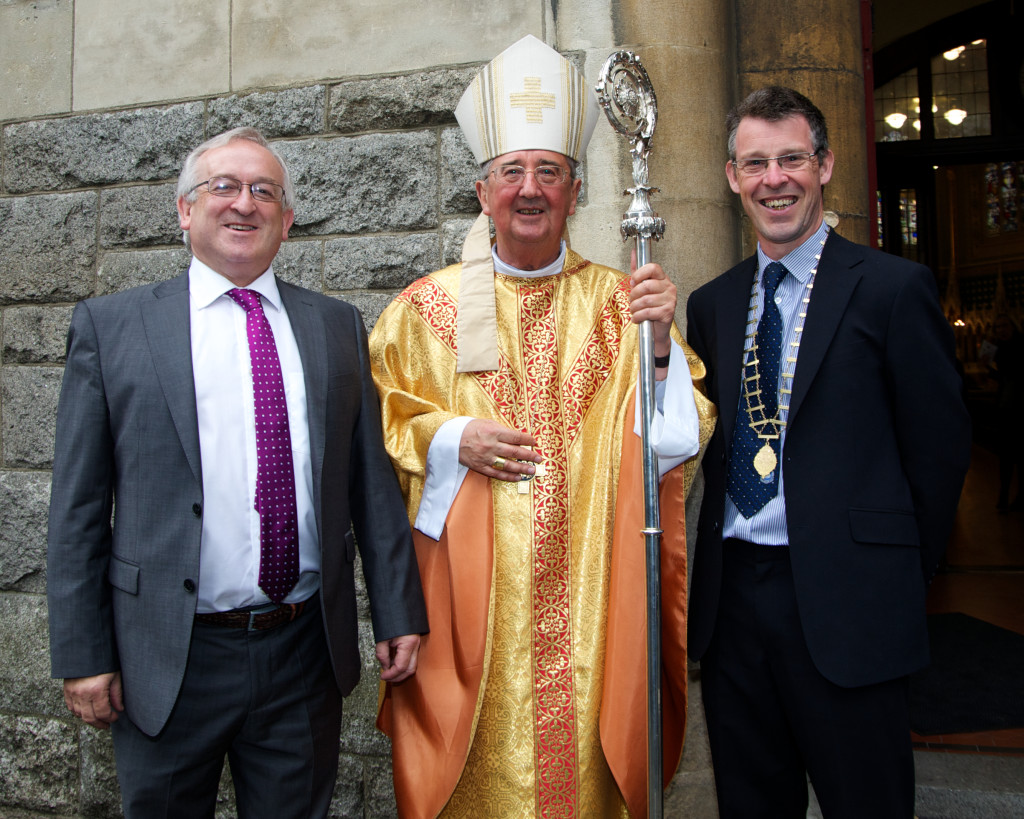 Archbishop Diarmuid Martin of Dublin has paid tribute to the role of the Christian Brothers in bringing education to communities around the capital and tailoring that education to the specific needs of these communities.

At a Mass to celebrate the 150th anniversary of the opening of Synge Street Christian Brothers’ school in Dublin, the Archbishop praised the dedication of the order which was founded by Blessed Edmund Rice.

He said through the work of the Christian Brothers, education was brought directly to the community and the schools became part of the community.

This is and was and must be in the future one of the marks of Catholic education, he told the congregation gathered in St Kevin’s Church in Dublin.

“There is no room for elitism in the Catholic school, except the elitism in the quality of the education that is offered to every child, especially poor children,” he warned and added, “The poor deserve the best.”

He said recognising the best in the poor was one of the great characteristics of Blessed Edmund Rice and he paid tribute to those Christian Brothers who today, though diminished in numbers, were still working with the educationally disadvantaged.

Pluralism in school patronage must not lead to hidden elitism the Archbishop also warned.

He told the congregation of past pupils and members of the Christian Brothers that every school, independent of its patronage, must be a school which welcomes the deprived, the marginalised and those with educational challenges.

“There is a tendency in some circles to use the name pluralism to opt out of pluralism and opt for schools with a minimal proportion of disadvantaged children,” the Archbishop said on Monday.

This, he explained, would involve returning to the tradition of strong links between the parish and the school.

He said both the Church and Catholic education need the wisdom of strong lay involvement.

“We need new coalitions of men and women who will support Catholic education in the realities of the future and who are not afraid to espouse their ideas even to those hostile to them.”

The Archbishop recalled the collaboration in the 19th century between Canon Edward McCabe, who became Archbishop of Dublin, and Brother Edward O’Flaherty with brought about St Kevin’s church and Synge Street, a school he said had been “the back bone of Catholic education in this archdiocese over so many years and produced so many public servants and servants of the church.”

Speaking after the Mass, which the Archbishop concelebrated with 19 priests who were past pupils of the school, Dr Martin defended Catholic schools as “very integrated.”

He said that this “doesn’t mean that we don’t need a different type of pluralism for those who don’t want to go to a school with a religious ethos.”

The anniversary Mass was the first official engagement for Bro Edmund Garvey, who has just begun his term as Province leader of the European province of Christian Brothers.

He told CatholicIreland.net it was “amazing” to think back over 150 years of history and the school’s connection with Blessed Edmund Rice.

Referring to Archbishop Martin’s homily, he said, “I loved what the Archbishop said. I have no doubt in my mind that the work of education as described very carefully by the Archbishop still has to be continued.”

He recognised that this could not be just about continuing it as it had been done in the past.

Fr Pat Duffy, who is Provincial of the Passionist Order in Ireland and Scotland, was one of the concelebrants at the anniversary Mass. He left Synge Street in 1965. He told CatholicIreland.net that the school had set him on the path to his vocation.

“I remember when we were in 5th year, Bro Donovan arranged for us to go on a retreat to Mount Argus. I had never been in the place before and that started the path that I am on now,” he said.

He paid tribute to Synge Street’s role today as an inner city school dealing with the marginalised.

“That was Edmund Rice’s vision. It is multicultural today and that has changed completely from the time I was here. Responding to the needs of the society in which we live in, that is the challenge for all of us,” he said.

Synge Street’s principal, Michael Minnock, told CatholicIreland.net that this autumn the school’s enrolment will be up and the DEIS school will have 265 students.

The school now operates under the Edmund Rice catholic education trust, and caters for 37 different nationalities and a number of religions. One in three students is Muslim.

“We have quite a diverse community and there are challenges with that. We find, in terms of maintaining the ethos of the school, that it is not as difficult as it might seem. We put our stall out: we’re a Catholic school with a Catholic ethos and we don’t try to proselytise but we are very proud of what we are.”

“They would feel that their tradition is respected in Synge Street as we encourage the boys to visit the mosque on Fridays if they wish and with their parents’ permission. We believe they find a home in Synge Street.”

“I suppose in common with many schools we are facing the challenges with enrolment because our numbers are only up this year, they have been down in the last year or two. So the numbers are quite small.”

Another challenge is the lack of finance. “Government policy hasn’t been kind to small schools,” he said and highlighted how the school would have to cope with older buildings which have to be maintained.

But he said the school had “lots of opportunities as well” and these included having students from all around the world.

Another was the success students from Synge Street have had at the Young Scientist exhibition over eight years.

“Two students from the school go off to represent Ireland next week at the World Science Fair as winners of this year’s Intel Travel award,” Michael Minnock explained.

Among the past pupils who attended the Mass was the retired Dublin City Manager, Frank Feely, and the former Minister for Education, Dr Michael Woods.

Frank Feely told CatholicIreland.net that as Dublin has expanded outwards “people have tended to forget how important the schools in the city centre were.”

“When I was a kid, everybody wanted to get into Synge Street. It certainly wasn’t a given, it was quite hard to get into and the standard of teaching was very very good.”

Dr Michael Woods left Synge Street exactly 60 years ago in 1954 when the school was celebrating its 100th anniversary. “I was very lucky to get here and they gave us a very good education,” the retired Fianna Fáil TD said.

He said that in his day just 1,300 young people were completing second level whereas today 13,000 young people sit the Leaving Certificate in Dublin.

He studied his subjects through Irish and won a scholarship to University College Dublin “and that had a huge impact for me.”

“Very few of us could go to university at that time, there was no money, no jobs and 60,000 emigrated every year,” the retired politician said.

He told CatholicIreland.net, “It is great to see what has been developed since then. Synge Street is running a great standard here still. It is a DEIS school dealing with the most disadvantaged now and it still turns out a 98% conclusion rate for the Leaving Cert – which is fantastic.”

“Synge Street is a very different place now than it was in 1982,” when the school had an enrolment of 750 students.

“In some ways, I think 1982 was the end of an era; we were the last group really to be privileged to have Brothers teaching us in the school. They were a significant presence and I think they carried very much the philosophy of the founding brothers,” he told CatholicIreland.net.

“I think Synge Street will never be what it was in the past. I think it will be a small urban school. You’d even wonder whether if 15 to 20 years’ time, will there be a Synge Street? It is a single sex school and it doesn’t have an infant stream feeding in.”

“But I think what is more important is that schools around the country emulate what set Synge Street apart historically – its philosophy and its very clear mission and clear vision” of what it wants to ambition for the school or for the boys and girls who come to our school, he said.