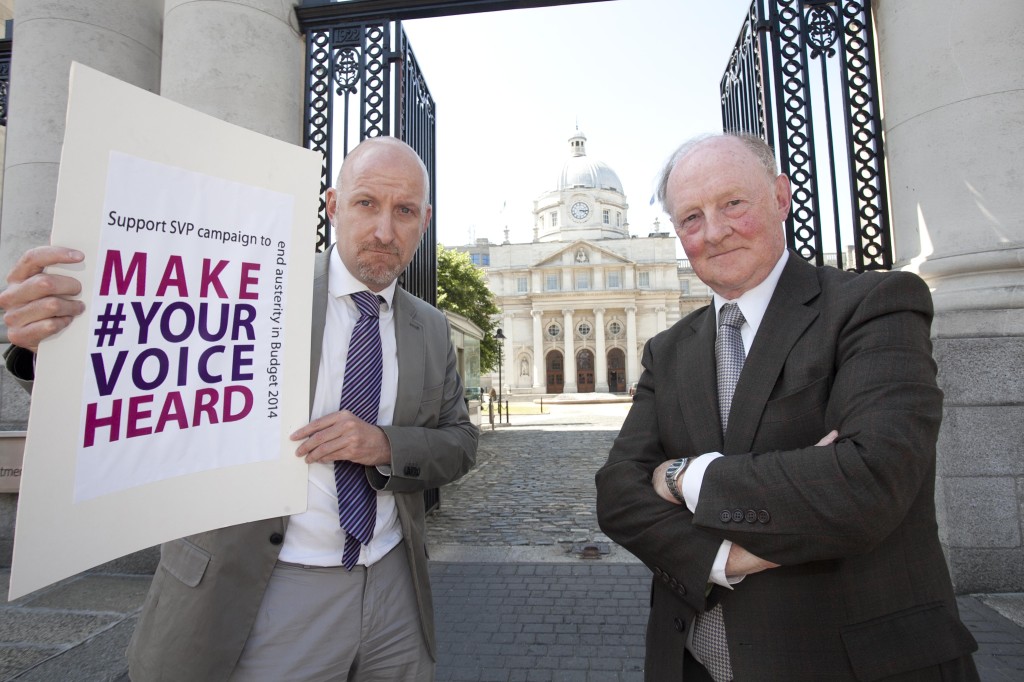 The Society of Saint Vincent DePaul has claimed that the Troika was interested primarily in deficit reduction and structural reform and not in the hardship that budget measures would to cause to Ireland’s poorest people.

The SVP made the claim in its submission to the ECON (Economic and Monetary Affairs) committee last week.

Several MEPs were in Ireland to review the Troika’s engagement with NGOs.

“The representatives listened, but concluded at each meeting that they were interested primarily in deficit reduction and structural reform,” he said.

“Budget measures pursued by the Irish Government, which may cause hardship to people we assist, were exactly that –a domestic matter and not something that the Troika had strong opinions on nor intervened in,” the SVP spokesman added.

The visiting MEPs from across the European Union, included Irish representatives, Gay Mitchell, Paul Murphy and Emer Costelloe. They wanted to know how SVP was consulted by European Central Bank (ECB), the European Commission (EC) and the International Monetary Fund (IMF).

John-Mark McCafferty reported how on a hot July Monday, the SVP’s Mid-West Region met with two delegates from the European Central Bank (ECB) and the International Monetary Fund (IMF).

SVP members and staff conveyed the impact of the recession and austerity on the people being visited and assisted by them in the region.

“They spoke with clarity, passion and conviction and ECB and IMF representatives at the Limerick meeting got a very good sense of the issues facing people,” said John-Mark McCafferty.

They visited a drop in centre, and a homeless hostel. Yet one week later at a meeting with the wider Troika in the Department of Finance he recalled, “We received a muted response from them to our take on the human cost of austerity in Ireland.”

The SVP concluded that the Summer visit of the young economists “is nothing more than a balmy memory”. The charity continues to pick up the pieces of peoples’ lives following austerity and cuts.

In its submission to ECON, the charity highlighted the failure of the Irish Government to implement certain structural reforms resulting in medicines and medical and dental fees that are still too high; expensive legal services; and 60% of unemployed people out of work for more than 12 months.

“On the basis of our experience, those who were least well off and with least assets before the economic crisis remain so, and their struggles have been worsened due to cutbacks to the supports and services on which they rely,” John-Mark McCafferty said.