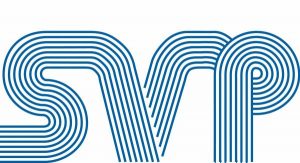 The Society of St Vincent de Paul is holding a day of thanksgiving, celebration and reflection next Saturday in the Convention Centre Dublin to mark the 175th anniversary of its foundation in Ireland.

SVP National President Kieran Stafford said the organisation would like as many of the society’s members to attend as possible.

“It is important that we mark our place in history as those before us have done. Indeed, many great Irish leaders were once members of the St Vincent de Paul – Eamon De Valera, Sean T O Ceallaigh, Mary McAleese and Brendan O Regan,” Mr Stafford wrote in a reflection on the organisation’s website.

“We hold a very esteemed place amongst our peers in Ireland because as with our founders, we are people of action making a difference to so many lives every day.”

And in a message to our politicians, Mr Stafford wrote: “Despite the constant commentary that ‘the economy is booming’ we know that the rising tide is not lifting all the boats, in fact, we see that many we visit are sunk and if it were not for our support would also be bereft of hope.”

Founded in Paris by Frédéric Ozanam in 1833, the Society of St Vincent de Paul became active in Ireland in 1844. Looking over the years since then, Mr Stafford said: “Even though times have changed fundamentally since then, the core need still continues to be much the same. Members of SVP continue to go out every night throughout Ireland helping people with food, fuel, and shelter. On the one hand, it is something that we as members can be justly proud of but, as a nation ashamed that in 2019 there is still a growing need to help so many with these basics.

“The recent Irish Times story about a toddler stealing food to bring home is one that belongs more to Dickensian times than 2019, but sadly it’s true. The horror stories of those in poverty seem to get worse.

“The tenacity of SVP members is evident in the years we have spent fighting poverty in Ireland through the famine, a war of independence, a civil war, two world wars and countless recessions, in fact, the first conference St Michan’s formed in Halston St, Dublin is still active today. We are as committed to helping people in need today in our communities as the first members who set up the Society nearly two centuries ago.

“We have not only proved ourselves true to our founder’s ethos but also true to the ideals of St Vincent de Paul himself.”