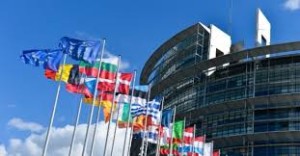 The European Commission’s recommendation on austerity shows little understanding of the impact on struggling households across Ireland, the Society of St Vincent De Paul has said.

In a statement, the SVP said the continuation of harsh austerity measures will shock thousands of people who continue to struggle across Ireland and Europe.

The recent election results show a strong push against austerity the Society noted.

“There is a need to retain flexibility in the approach to tackling Ireland’s budget deficit to allow for national responses to issues such as increasing poverty and deprivation and to prevent austerity measures from worsening the situation of struggling households and slowing down Ireland’s eventual recovery,” the SVP said in its statement.

The charity was commenting on the latest assessment of Ireland’s progress by the EC which insists on austerity until the country balances its budget by 2018.

The SVP said it shared some concerns highlighted by the Commission, particularly in the areas of long-term unemployment and low skill levels; child poverty and exclusion; the need for greater access to quality, affordable childcare and the need to address unemployment traps.

“However we are disappointed that there is no recommendation from the European Commission on tackling poverty.”

“We believe that the Commission’s recommendation on Ireland’s fiscal deficit and budgetary strategy will instead undermine the Government target of lifting at least 200,000 people out of the risk of poverty and social exclusion by 2020,” stated the charity.

Economic progress has not been experienced uniformly throughout the country and those who were least well off before remain so, and are even worse off due to cutbacks to supports and services.

So SVP states that the proposed adjustment of around €2 billion to be made in Budget 2015 must be reconsidered.

“Further austerity measures have to be considered in a context where over 700,000 of our people, including more than 200,000 children, are living in poverty, where over 390,000 people are on the Live Register and more starkly where one in four children are now growing up in a home where no one has a job,” the SVP stated.

The house price increase in some urban areas is leading to increasing numbers of families becoming homeless.

“We need Government leadership and policies that focus on people as much as strategy and economic issues,” the charity stated.

“Social justice must be at the centre of a nation which cares for all of its people equally. ”

Social Justice Ireland has also commented on what it calls the “democratic deficit” in the EU and in Ireland.

“Social Justice Ireland (SJI)strongly believes that the EU is both a social and an economic project. Commitment to the European social model is essential if the wellbeing of this and future generations is to be secured.”

“We also believe that decisions on its future should be in the hands of the EU electorate and not be controlled by the economic elite represented by Mr Draghi,” SJI has stated.

The democratic deficit in the EU should be addressed immediately by the incoming European Parliament and European Commission as well as by the European Council, according to SJI which stated: “A rights-based approach should be central to policy development at all times.”