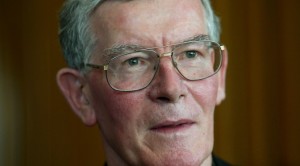 The Galway LGBT group at the centre of the controversy over a Society of St Vincent de Paul donation of €45,000 to it has invited Bishop Martin Drennan to meet with it.

Nuala Ward, Vice Chair of LGBT group Amach!, urged the Bishop to meet with its members, learn about their work and their community development plans for the future.

“We would love to meet him and we hope he will avail of this opportunity,” Nuala Ward told CatholicIreland.net

On Tuesday, the SVP office in Galway and the charity’s national head office in Dublin received correspondence from Bishop Drennan demanding clarification as to the grounds for the donation.

A spokesman for the Society of St Vincent de Paul on Thursday defended the decision to make the donation to the Galway group which is trying to establish a resource centre in the city.

He said the decision was backed by the SVP’s National Management Council and tied in with the charity’s commitment to support “excluded and marginalised groups in need of support”.

“The money that has been granted comes from a specific fund, the Maureen O’Connell Fund and so it has no direct connection to any of the other money spent by the SVP,” Jim Walsh explained.

The SVP spokesman said not a penny of the €45,000 comes from public donations or church gate collections.

He rejected suggestions that the money would be better spent on funding those more obviously in poverty, as suggested by Bishop Drennan on Galway Bay FM.

“The SVP spent €42 million in 2012 on direct assistance to families,” Jim Walsh stated.

Nuala Ward, Vice Chair of LGBT group Amach!, said her organisation was “concerned that people would be misled by the Bishop’s letter into believing that we got this from the SVP fund, which is for people in need. We didn’t. It is from the Maureen O’Connell Fund.”

The Maureen O’Connell Fund has spent or approved €8.5m to a variety of projects in the Galway area. It operates separately from the day-to-day work of the St Vincent de Paul Society in Galway.

The €45,000, which will be paid over three years to the Amach! LGBT Resource Centre project, will only partially cover the overall cost of renting and running the centre which it is estimated will cost €225,000 for three years.

The centre is intended to be a safe space where LGBT people can address issues and concerns such as prejudice, isolation, loneliness, depression and the lack of opportunities to network with peers.

Jim Walsh admitted that “there would certainly be some members of the public who mightn’t agree” with the donation.

One catholic group who has expressed its opposition is Faith in our Families. On the group’s Facebook page, it questioned whether the late Maureen O’Connell would approve of the way the funds are being used by the SVP.

“She left her money to the SVP in good faith that it would be used to help the poor and needy of Galway. I have difficulty understanding how a resource centre for the gay community falls into this category,” Clare short stated.

She also questioned why the €45,000 was not used to set up a local branch of the Catholic group ‘Courage’ who offer support, education and understanding of people who experience same sex attraction.

On Galway Bay FM, Bishop Drennan said the reputation of the SVP “has been put in question by this grant.”

Asked what the relationship is between the SVP and the Irish hierarchy, Jim Walsh of the SVP explained that there “is no formal relationship in the sense that the hierarchy are not involved in the management of the SVP.”

“There is certainly very close contact with clergy all around the country and that is a level of support that is very much appreciated by the SVP. But the SVP is an organisation that has a National Management Committee which is elected through the membership,” he said.

An outline of the priorities of the Maureen O’Sullivan Fund states, “In accordance with the aims and mission of the Society, the Maureen O’Connell Fund aims to tackle poverty in all its forms through the provision of practical assistance to those in need, specifically addressing poverty and isolation among older people, family poverty, child poverty, educational needs of disadvantaged children, young people and adults and homelessness.”

It adds, “It will support innovative projects which complement the activities of SVP.”