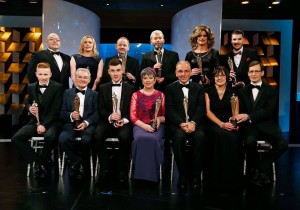 People of the Year awards

The Society of St Vincent de Paul (SVP) has won the Community Group Award at the 2014 People of the Year Awards.

“For their commitment to helping the most vulnerable people in Irish society for 170 years,” presenter Mary Kennedy announced.

The well known RTE Nationwide star also spoke of how she got involved in the SVP because it in the local community.

“This week with so much talk of homelessness, the SVP is there and has been for so many years, providing beds and hot meals for 350 homeless people every night seven days a week,” said Mary Kennedy.

She added that the SVP provides not just practical and financial support but emotional support, and people who are at the ‘end of the line’ and how the SVP visit ‘keeps them going.’

Interviewing the two volunteers who received the award on behalf of the SVP, presenter Gráinne Seoige said that the award is “long overdue”.

Speaking of the economic crash, she asked Mary Dempsey, a volunteer from Wexford, if the SVP saw any signs of a recovery.

“There is no sign of it changing, we don’t see any,” said Mary Dempsey. She added that it is the award is really for the volunteers and the staff of SVP as well as the donors.

“As long as that (help) continues we are in a position to help,” she said.

Kieran Stafford from Tipperary, who was also present to accept the award, spoke of his experience as a volunteer and how “completely overwhelmed” he felt initially to realise what needs there were in his own community.

“It is a saying ‘nobody knows what goes on beyond closed doors’, and all our (volunteers) eyes have been opened.”

The People of the Year Awards was broadcast live on RTE 1 television. In its citation, it described the SVP as the largest voluntary charitable organisation in Ireland.

The charity plays “an integral role in Irish society”, focusing on effective solutions to deal with poverty and alleviate its effects on individuals and families.

It stated that the charity is active in every county in Ireland, with over 11,000 volunteers making approximately 8,000 visits each week to support those who need its help. 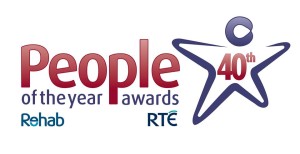 “During its long history, the SVP has helped people in need through the Great Famine, the Civil War, the War of Independence, two world wars and several economic recessions.”

“In recent times, the SVP visitation groups are seeing increases in people who are ‘newly in need’ contacting them for assistance, a worrying trend that the organisation is striving to address,” the citation stated.

It described the SVP’s volunteers as “everyday heroes” and the charity one which relies on the generosity of the public to continue their vital charitable work.

A short report on the work of SVP highlighted the visitation that volunteers do and the Vincent’s shops.

It highlighted in a particular way the problem of loneliness in cities where no one has time to stop and visit and in rural areas where so many social supports have been cut.

Equality activist and entertainer Rory O’Neill was also among those honoured at this year’s People of the Year Awards.

Celebrating its 40th anniversary, presented by Gráinne Seoige and broadcast live on RTÉ One television from Dublin’s Citywest Hotel.

Owen Condon was announced as the winner of this year’s special category, the Everyday Hero Award.

The Awards have been described as Ireland’s answer to an honours system and the winners are all nominated by members of the public through a nominations process and finalised by a panel of adjudicators.