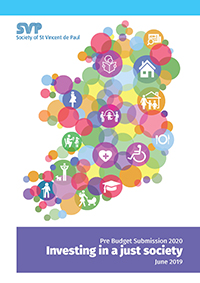 Poverty among workers is an emerging issue for those that the Society of St Vincent de Paul (SVP) assists.

In its submission ahead of Budget 2020, launched yesterday (18 June 2019), the SVP urged the government to increase supports that will ensure an adequate income for those in and out of employment. This is one of the measures that will make a real difference in the lives of people who are trying to break out of poverty, according to the SVP.

“An emerging issue with the economy now at almost ‘full employment’ is in-work poverty, with more than 100,000 people in Ireland living below the poverty line in spite of having a job,” stated Kieran Stafford, SVP National President.

He added that the SVP has concerns also about the difficulty for people in rural areas in accessing employment, as they often travel long distances for work because of lack of local opportunities.

In the submission document Investing in a Just Society, the SVP called on the government to take a radical approach to help reduce the number of those who are living below the poverty line – almost 800,000. It recommended that Budget 2020 should take the first step to benchmarking social welfare payments and the national minimum wage to the cost of a minimum essential standard of living. There should be a 4 per cent increase in minimum social welfare payments in Budget 2020. Supports should also be increased for lone parents in low-paid work.

The difficulties that lone parents have in accessing work and adequate income were highlighted during the year. The SVP 2019 report Working, Parenting and Struggling? found that the rate of in-work poverty among lone parents had more than doubled between 2012 and 2017. The living standards of lone parents in Ireland are among the worst in Europe. In 2012, 1 in 11 working lone parents were below the poverty line, but by 2017 this had increased to 1 in 5.

Another issue addressed in the submission is energy poverty and climate action. It states that the cost of home energy has increased by an average of 29.9 per cent since 2010. This means that the fuel allowance is insufficient to protect low-income households from rising energy prices.

The SVP recommended that the allowance be increased by almost €200 per annum. It was worth €640 in 2010, was reduced during the economic crisis, and restored in recent budgets. Now it needs to increase to €830 annually to ensure the same amount of fuel can be purchased in 2019. The submission stated that half of those living in consistent poverty go without heating because of the cost. It also stated that 28 per cent of the Irish population is experiencing energy poverty.

Housing, or lack thereof, was also reported as a major issue. Some 71,858 households are on the social housing waiting list, according to the submission.

“Many of those who seek our help are living in poor quality, cold, over-crowded, expensive and insecure housing,” said Kieran Stafford. “Our members visit families living in hotels, B&Bs and other emergency accommodation due to the scandal of homelessness.”

The submission stated that 1 in 5 renters is spending more than 40 per cent of their income on rent. There are 10,305 people homeless including 3,821 children. 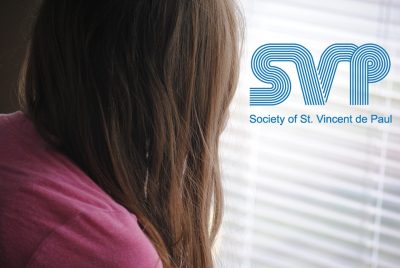 Education was also highlighted in the submission and it stated that half a million adults have very poor literacy skills.

“Poverty is limiting the opportunities and lives of too many in our society. We all rely on publicly funded services and supports like schools, hospitals, transport, roads and our social welfare system at different times in our lives. We need to strengthen these supports to make sure that everyone can live a life with dignity, free from poverty,” stated Kieran Stafford.

The SVP’s submission included proposals to invest in income adequacy, education, energy and climate action, housing and health. It said that increasing income supports should be carried out in tandem with additional measures to support people taking up education, training and employment opportunities, coupled with investment in quality public services.

The submission covers 17 main proposals and a further 28 recommendations under those headings.