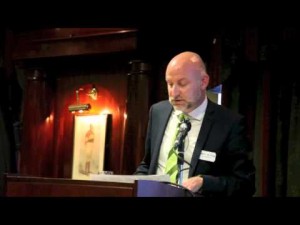 As talks continue between Fine Gael and Fianna Fáil over the formation of a minority government, the SVP has voiced its concerns over the slow pace of engagement between the political parties.

In a statement this week, the Society of St Vincent De Paul (SVP) warned that, “The opportunity to realise a fair, inclusive and sustained recovery for the people it assists is being eroded by the absence of a new government.”

The SVP also revealed that in 2015 it received more than 2,300 calls for help per week.

“The focus of those engaged in seeking to put a new government in place must balance creating employment opportunities and support for those at work with the needs of those who, because of illness, disability or  personal circumstances cannot access employment.”

Expressing its concerns about the progress in forming a new government, the SVP said, “All those elected to the 32nd Dáil need to ensure, as quickly as possible, that a stable government is formed or go back to the people.”

“A government is needed which will commit to ensuring that adequate income supports and good quality public services in the areas of housing, education and health are accessible to the people such as those we assist, whether they are in employment on low pay or in receipt of social welfare.”

“It must be a priority for the new government to deliver the 110,000 units promised in the Social Housing Strategy and to end the policy of relying predominantly on the private rented sector to address social housing need,” he said.

“The reliance on the private rented sector to meet social housing need over the past two decades has been an abject failure, and is a direct cause of the stark increase in family homelessness.”

He said the SVP believed that, while there is a role for a well-regulated, affordable private rented sector in meeting social housing need in the immediate term, a return to capital funding for the build and acquisition of social housing by local authorities and approved housing bodies is the only longer term solution to the housing and homeless crisis which Ireland is facing.

Mr McCafferty said that, “Other priority areas for the next government must include tackling the problem of low pay for those in work and investing in measures to address energy poverty, particularly with regard to the energy retrofitting of the homes of the fuel poor.”

The creation of an affordable Early Childhood Care and Education (ECCE) and After School Care sector is also vital for child development, combating child poverty and enabling families to move into, and stay in employment, the SVP spokesman said.

“Cuts made to supports for one parent families must also be reversed if we are to make any meaningful impact on our scandalous child poverty rates – which remain stubbornly high despite the recovery.”

Mr McCafferty said that “The impact of the recession and the cutbacks to income supports and services continue to push people into poverty. The next Government must focus on generating a fair and sustainable recovery which does not leave our most vulnerable people behind.”