An Post's One4all gift vouchers offered in lieu of cash. 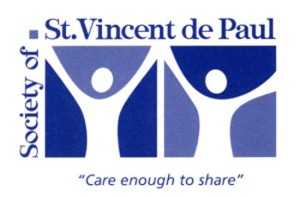 The Society of St Vincent de Paul (SVP) has spoken out against moneylenders who offer One4all gift vouchers instead of cash – describing the tactic as an unsavoury though not illegal.

“One4all gift vouchers is an arm of An Post which is a trusted service to the community. At a time of real financial pressure for many, we do not believe An Post should be involved in such an unsavoury arrangement with a moneylender,” John Mark McCafferty, SVP Head of Social Justice and Policy, said.

The SVP is concerned that agents will push the vouchers instead of cash, thereby limiting the choice of shops that the customer can use.

The practice has been revealed in a blog written by Mr McCafferty as part of the current SVP online campaign, ‘Make Your Voice Heard’ (www.svp.ie/yourvoice) which is calling for an end to austerity budgets.

“Our members tell us that as austerity deepens, the use of licensed moneylenders in their communities is growing, and this is a worrying development,” John Mark McCafferty writes.

“The poorest pay more for these loans than those of us who can access credit union loans or similar. The interest rates associated with moneylenders are high and what appears as easy money up front turns into a significant financial burden in the longer term,” he explained.

The SVP point out that the sample cost of credit from moneylenders for €500 (the largest One4All gift voucher that can be purchased) would be €150 on a 26 week loan and €280 on a loan for 12 months.

Last month, the SVP highlighted that there was an absence of data on the number of households using regulated moneylenders in Ireland and on their interest rates. Borrowers do not pay sufficient attention to the interest that they will be charged, the SVP has warned.

Explaining the SVP ‘Make Your Voice Heard’ campaign, Mr McCafferty said that austerity is not working.  He said figures from the Central Statistics Office show that Ireland’s economic growth is back in negative figures.

The IMF recently admitted that they had failed to realise the damage austerity would do in the case of Greece.

“Minister Noonan has stated his intention to cut – and that means income supports, public services and more hardship. Austerity is set to deepen at a time when many household budgets are at breaking point and many struggle with debt – unless we say clearly to him and other politicians that we need an end to austerity in Budget 2014,” he said.

Last week the SVP responded to the Central Bank and ESM calls for the Government to stick with austerity.

The charity accused the Central Bank and the head of the ESM of having a one-track mind-set that will cause even further hardship for thousands of people in Ireland.

This single-minded approach whihc believes that austerity is the solution, is not working for thousands of people in Ireland, the SVP has warned.

The charity believes that stimulating growth through employment creation is essential for economic recovery and would give people hope.

The SVP’s pre-budget 2014 submission stated that expenditure on direct assistance paid by SVP to households has increased by 56% between 2008 and 2011.

In 2011, the SVP spent over €22 million on food and cash assistance, and over €10 million was spent on helping households with their energy costs.

The working paper, ‘The Distributional Effects of Fiscal Consolidation’, shows that austerity does not work and will not work for Ireland.

The findings of the paper show that fiscal consolidation has had significant distributional effects by raising inequality, decreasing wage income shares, and increasing long-term unemployment.