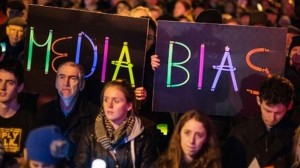 The Pro Life Campaign has said it is not surprised by the findings of a Behaviours and Attitudes survey on abortion, published earlier this week in the Irish Examiner.

The survey found 64% of farmers support a repeal of the 8th amendment to allow wider grounds for abortion.

“If there was even the appearance of balance in media coverage of the current abortion debate then I would be surprised at poll findings like these,” said Dr Ruth Cullen from PLC.

“But given how astonishingly one-sided the debate is at present, the results are not in the least bit surprising.”

In support of this, Dr Cullen cited one two-week period earlier this year, where 33 articles appeared in national newspapers pushing for more abortion while there was only one from a pro-life stance. “This shows that the present debate is not serious but is a pretend one,” she said.

Dr Cullen said the campaign to repeal the 8th amendment is not “grassroots driven”.

“It is almost exclusively a media driven campaign. Stories of women who regret their abortions are ignored or ridiculed. The horror of what legalised abortion has led to in other countries is conveniently side-stepped. A defence of the 8th amendment simply never features. No one can deny this is happening.”

She said on the positive side many people were beginning to question “blatant media bias” on the issue. “As the debate develops, trust in the media will erode further if pro-life voices continue to be excluded.”

Among the keynote speakers at this year’s event is US Congressman Chris Smith, described as a “shining light on pro life issues for 20 years”.

Melanie McDonagh, a journalist working as comment editor and leader writer for the London Evening Standard will also address the gathering.

She attended Cambridge University and is originally from Arklow, Co Wicklow.

Ade Stack, founder of Hugh’s House in Dublin, an accommodation and support service for children with life-limiting illnesses and their families will speak of this new project which was inspired by Ade’s own son Hugh, who lived for nine months with a life-shortening condition.

Stanton Healthcare is set to open in Belfast in October, followed by the satellite centre opening in Derry next year.

The service will begin as a resource centre and will offer counselling, maternity and baby supplies, financial support and local referrals for ultrasounds, any medical treatment a pregnant woman needs, legal advice, housing, adoption services and post-abortion support.

Speaking at a recent meeting in Derry, Caitriona Forde said Stanton was in Northern Ireland to “close the door of the Marie Stopes Centre in Belfast”.

“We will provide the best care and practical support a woman needs to overcome any obstacle to choosing life for her little baby. Stanton Healthcare will do everything that is needed for a woman and her child, not just for the nine months of pregnancy, but for as long as they need us. All services will be provided to our clients at no cost.”