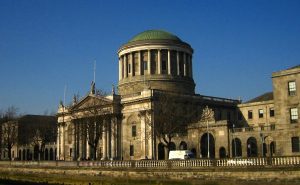 A supreme court decision handed down yesterday (7th March 2018), has cleared the way for the Irish Government to hold the referendum on the Eighth Amendment.

“The implications of what the court has said are very important in terms of the forthcoming referendum. It really means is that if we take away the protection given to unborn babies in the constitution, it really is a dangerous situation because what the government are proposing to do essentially, is to introduce legislation for abortion on demand,” Pro Life Campaign legal advisor Professor William Binchy said immediately after the judgement.

Speaking on RTE Radio 1 News he said that the Irish people will be faced with a very stark choice (in the referendum), because if Ireland gets rid of the Eighth Amendment allowing for legislation for abortion on demand: “it really will be a totally unjust situation that we have, which will be even worse than in England where one in five babies are aborted.”

Minister for Health, Simon Harris, said that the court decision allows for the referendum to take place before the end of May. He said that on Thursday (8th March 2018)) the cabinet will meet and decide the final wording for the referendum. Then the government will seek to introduce the Referendum Bill in the Dáil. He expects that will happen by Thursday (8th March) evening or Friday (9th March), and urged all political parties and groupings to facilitate the passage of this Referendum Bill through the Dáil. The Government will also move this week to formally establish the Referendum Commission, and to appoint the chairperson of that Referendum Commission as soon as possible.

The Supreme Court ruled that the unborn child has no constitutional rights other than the right to life in a case which initially involved a deportation order given to a Nigerian man in 2007, and his 2015 appeal for that order to be revoked, as his Irish partner was pregnant with his unborn child who is now aged two. The appeal to the Supreme Court was made by the government, to clarify interpretation of references to “the unborn” in the Constitution, and the possible consequences.

This ruling makes the forthcoming referendum more important than ever, according to the Iona Institute, which said that the Eighth Amendment is now the “only constitutional protection” that children have before birth.

Commenting on the ruling, Iona spokeswoman, Maria Steen, said, “The Irish people have now become, in effect, the last line of defence in Ireland for the unborn child. It is now exclusively in our hands to decide whether to protect the fundamental right to life of the child in the womb, or to take it away. The decision could not be more important. Will we decide a group of fellow human beings, those in the womb, are deserving of less protection than we are, or will we see them, correctly, as one of us, and continue to protect them?”

She said that when the Irish people come to see what is truly at stake in the coming referendum, they will vote to retain the Eighth Amendment, and not put the fate of vulnerable babies in the womb entirely into the hands of this and all future Governments.

On the concluding day of the Spring 2018 General Meeting of the Irish Catholic Bishops’ Conference at Maynooth, the bishops noted the decision of the Supreme Court, and commended to the faithful their pastoral message, Our Common Humanity, which was published on 6th March.

In particular they highlighted that: “Every one of us has a right to our life. It is not given to us by the Constitution of Ireland or by any law. We have it ‘as of right’, whether we are wealthy or poor, healthy or sick. All human beings have it. For us as a society to now declare that any category of human being should have that right taken from them would be a shocking step. It effectively says that unborn children do not exist or, if they do, they do not count. That is a manifest injustice.”