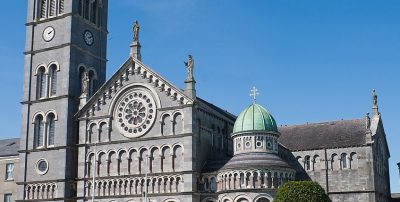 Cathedral of the Assumption, Thurles

Today is Mission Sunday and at most morning Masses in Ireland additional prayers and financial support will be raised for the Church’s missionary activity.

The funding from that additional church plate collection is used to provide assistance to those parts of the Universal Church that are too new, too young or too poor to support themselves. It is believed that 40% of the Church’s faithful rely on missionary activities and supports.

This year additional emphasis is placed on the role of mission, as this October has been declared an Extraordinary Month of Mission to mark the 100th anniversary of Pope Benedict XV’s Apostolic Letter Maximum Illud (The Momentus Call), which insisted that Church missionary activity should be separate from colonial activity and geo-political motivations.

The aim of mission month is to encourage the faithful to embrace the meaning and importance of mission in the modern world.

In Ireland, Archbishop Kieran O’Reilly SMA will celebrate a dedicated Mass for World Mission Sunday in the Cathedral of the Assumption in Thurles in Co Tipperary, at 12 p.m.

World Mission Sunday was instituted by Pope Pius XI in 1926. In addition to encouraging prayers, cooperation and help for missions, the day is also dedicated to reminding Christians about the fundamental missionary character of the Church and of every baptised person.

World Mission Sunday is coordinated in this country by World Missions Ireland (WMI), the Irish Church’s official charity for overseas missions. WMI is part of a network of 120 national organisations that are coordinated by the Pontifical Mission Societies in Rome.