The increasingly popular Emmanuel church musical event for teenagers run by the Dublin Archdiocese will open next week with a total of 2,100 secondary school students participating this year.

Emmanuel is a live concert series where school student learn new and old Church music and hymns and then perform them live with an orchestra at DCU’s Helix theatre.

Demand to participate from students has increased year on year so that concerts now run for three days and nights instead of one.

The series includes a liturgical ‘Voice’-type competition which sees the students audition to perform solo each night, backed by a choir of over 700 voices.

Other students try out for the ‘Kathryn Thomas’ role of presenting and introducing segments of the show.

The concert series begins next Tuesday night, 2 March and runs until Thursday 5 March.

During the day the students rehearse the hymns and music that will be performed on stage each night. They also participate in workshops on a variety of religious themes, with an emphasis on faith and social justice.

As the event is taking place during Lent, there is much focus on the current Trócaire campaign, highlighting the effects of drought and hunger on millions of people around the world.

Archbishop Diarmuid Martin, who is patron of the Emmanuel Programme, will be among those attending next week. 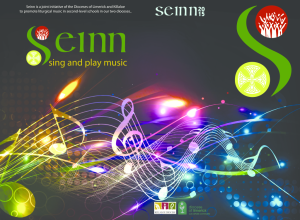 Also taking part this year will be the girls from St Mary’s School for the Deaf.

The girls learn the songs of the concert series in sign language and perform as a deaf choir on the stage of the Helix each night.

They are the only school group to participate every evening and their enormous contribution to the event enhances each of the concerts.

The songs, music and prayers the student groups perform over the three nights of Emmanuel range from Pachelbel’s ‘Canon in D’ to a newly composed song by Fr Liam Lawton, especially written this year to commemorate the 1500th anniversary of the death of Ireland’s missionary St Columban.

Students use the music, prayers and reflections they learn at Emmanuel in school Masses and liturgies throughout the year.

Separately, a new initiative of the Dioceses of Limerick and Killaloe promoting liturgical music in second level schools in the two dioceses will see over 500 students participate in a concert on Thursday 19 March at the University of Limerick’s concert hall.

The Seinn Music Project was born out of the desire to provide second level schools in Limerick and Killaloe with resources for liturgical music.

Ian Callanan, who has been involved with the Emmanuel Schools’ Music Programme in Dublin since its inception in 2004, approached the bishops in the two dioceses with a view to establishing a similar programme in Limerick and Killaloe.

In October 2013, a committee to oversee the setting up of the programme was appointed and last year saw the first concert of the new initiative.

The format is similar to that of Emmanuel in that students participate during the day in workshops and rehearsals with Ian Callanan ahead of the evening performance.

Tickets for Emmanuel 2015 are still on sale at just €10 each from www.thehelix.ie