Students have accused the Minister for Health of using the issue of abortion and ‘safe zones’ to deflect attention from the struggling health services all over Ireland.

Students For Life Ireland, a pro-life student group, has accused Health Minister, Simon Harris, of having an “obsession” with the abortion issue. Most recently he spoke about introducing new laws to ensure that there are exclusion zones to prevent people from holding vigils outside hospitals and clinics where abortions are carried out.

“Any time the Health Minister gets into political difficulty, whenever there is talk of no confidence motions or negativity of any kind, he immediately reverts back to the abortion issue and takes to Twitter,” said Luke Silke, a 21-year-old NUI Galway student who is spokesperson for the group.

“Students For Life Ireland would like to know if the Minister has any plans to tweet about the trolley crisis anytime soon? Or perhaps he might like to comment on the women with buggies queuing outside the Capuchin Day Centre for nappies and baby food?” he said.

He accused the government of not doing enough to ensure that women in crisis situations do not feel that abortion is their only option.

The use of the term “safe access zones” by campaigners and the Minister is “deliberately inflammatory”, as it implies that pro-life people are a dangerous threat, he added, and stated that it is unfair to depict a sizeable chunk of the voting public in this way.

“There is nothing ‘safe’ about abortion. It is the only procedure performed by a doctor which is deemed a failure if the baby survives, and a success if the baby’s life is ended,” he explained.

Students For Life Ireland has always been aware that sensitivity is warranted during vigils outside abortion-providing clinics or hospitals, and that no woman should ever face harassment, he stated.

“We share the Garda Commissioner’s view, however, that the existing legislation around harassment is sufficient and we believe that an introduction of ‘exclusion zones’ would be unconstitutional and undemocratic,” he said. He added that such exclusion zones are not safe zones for the babies whose lives are being ended within the zones. 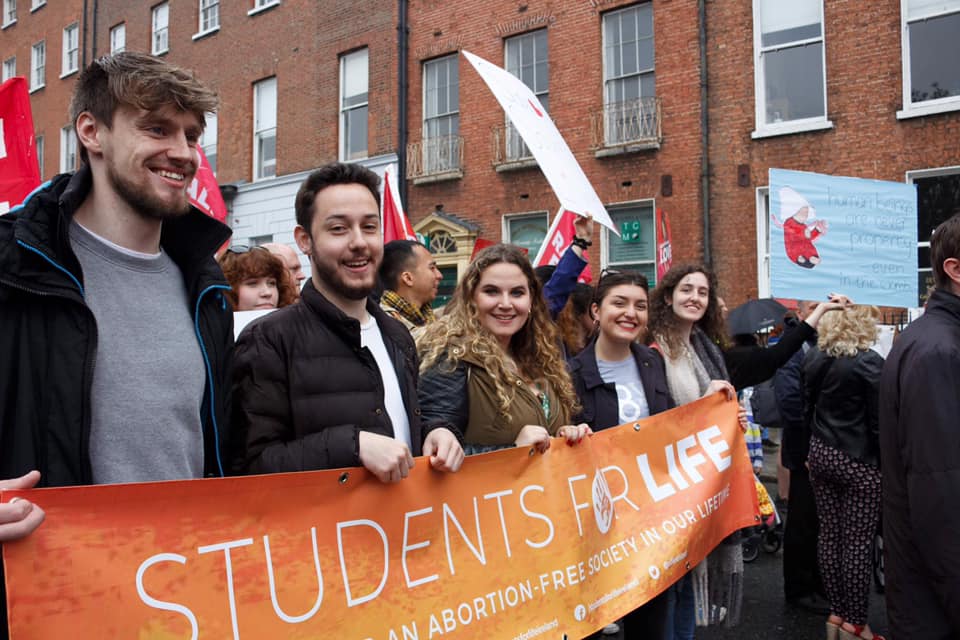 An opinion poll published this week in TheJournal.ie showed that 77 per cent of those surveyed (1000 people in Ireland) support banning protests outside facilities that provide abortion services. The opinion poll was carried out by Amárach Research for RTÉ’s Claire Byrne Live/TheJournal.ie. Overall, 16 per cent of people surveyed said they are not in favour of such a ban and 7 per cent said they are unsure.

The issue has been in the headlines after anti-abortion protests outside the National Maternity Hospital in Dublin last week, with reports about the presence of at least one white baby coffin.

Health Minister Simon Harris said that they were an attempt to “intimidate and harass” women. He said that protesters could make their point by standing outside Leinster House or the Department of Health.

Recently, the Iona Institute highlighted that on average an estimated one abortion was carried out every day at just one of the country’s maternity hospitals, the Rotunda in Dublin, during 2019, the first full year of operation of the country’s new abortion law.