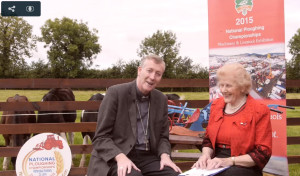 Bishop Denis Nulty has announced the top six poems entered for the ‘Poem for the Ploughing‘ competition as he invited people to visit the Kildare & Leighlin stand at the Ploughing Championship next week to vote for their favourite poem.

Dr Nulty also highlighted that among guests visiting the diocesan stand this year are the Papal Nuncio, Archbishop Charles Brown, as well as singer and composer, Fr Liam Lawton.

Bishop Nulty spearheaded the idea of finding the most popular rustic poem as a novelty for this year’s National Ploughing Championships, which are being held in his diocese at Ratheniska, Co Laois from 22-24 September.

The bishop himself comes from a farming family in Meath.

Speaking about the competition he said, “Poetry is a beautiful way of expressing emotions and ideas. Rhythm and imagery can capture the magic and hardship of farming really well.”

More than 1,000 people sent in suggestions of poems and the six chosen by Bishop Denis Nulty will be put on display in the Kildare & Leighlin tent and visitors can vote for their favourite. Poems will be read at various times during each day.

The peoples’ choice of ‘Poem for the Ploughing’ will be announced at 2.30pm on the final day of the championships.

Poems are not the only thing on the stand of the Diocese, Bishop Nulty himself will also be present and various groups from the diocese and further afield.

Fr Alan Neville, MSC Vocations Director told CatholicIreland.net that he has his wellies at the ready and will join Vocations Ireland which will be present on the Diocesan stand as well as Accord. 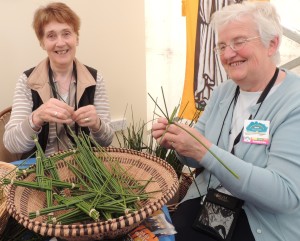 The theme for this year is: ‘Love Tenderly and Walk Humbly with your God.’

At 12noon each day will be a chance to join in prayer.

There will also be a prayer wall, sacred space, and lessons on making St Brigid’s Cross.

Again this year the Diocese will offer salt blessed by Bishop Denis, which it is traditional to spread on the land, or animal feed, around the house and in many other situations to invoke God’s blessing and protection. 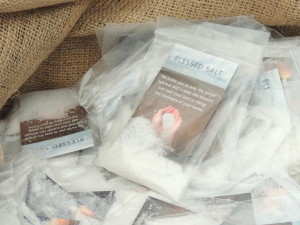 Many other religious, Church groups and charities will be present at the Ploughing Championships spreading the word about their mission, activity or fundraisers.

The National Ploughing Association itself is doing its bit and sending two farmers from the Mbale VIVA Co-op in eastern Uganda to the well known Baraka Agricultural College in Kenya, to pursue a course in Sustainable Agriculture & Rural Development.

VIVA (Volunteers in Irish Veterinary Assistance) charity was founded as a volunteer-based organisation to support livestock farmers in the Developing World.

The Mbale Co-op in eastern Uganda is VIVA’s largest project at present with over 400 farming families coming together to form a farmers Co-op to improve their circumstances.

By introducing the technique of ploughing with oxen, the crop yields and incomes of these farmers have been transformed. So far 276 oxen and 69 ploughs have been distributed among members of the Co-op.

NPA Managing Director Anna May McHugh said, “This is an incredibly worthwhile cause and one very close to the NPA’s core ploughing and sustainable farming values. The two successful students once graduated from the course will be empowered with knowledge and expert techniques to assist themselves and their neighbours.”

Mike Burke of VIVA added, “The co-operation of VIVA and NPA in this unique project (which is part-funded by Irish Aid) is a unique example of solidarity between Irish farmers and vets and their colleagues in the Developing World.”