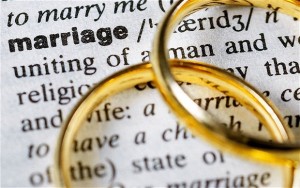 The new streamlined annulment process announced by Pope Francis last August came into effect with the opening of the Jubilee Year of Mercy.

On Friday, the Pope issued a legal decree on the implementation of the reforms to the Church’s marriage law, specifically on the role of the Church’s highest appellate court – the Sacred Roman Rota.

In a statement, the Vatican said the reforms of motu proprio Mitis Iudex Dominus and Mitis et Misericors Iesus (‘The Lord Jesus, the Gentle Judge’) of 15 August 2015 are intended to show the Church’s “closeness to wounded families”.

Pope Francis reforms to the annulment process ensure it will be a speedier process and will empower local bishops to make judgments in most cases.

While the Pontiff reaffirmed the Church’s traditional teaching on the indissolubility of marriage, he also announced that the procedures would be streamlined to eliminate sometimes lengthy and redundant judicial procedures.

The reforms will also do away with the heretofore mandatory requirement of a second review of any judgment that a marriage was invalid.

The changes are being interpreted as a signal that the Pope is seeking to reach out pastorally to Catholics affected by marriage breakdown.

As a ‘motu proprio’ the reforms have the force of law in the Church.

Last year the Pope established a special commission to examine the annulment process as it was widely criticised for being lengthy, costly, cumbersome and outdated.

Many couples and priests had complained that the complex procedures that were in place discouraged couples, even those with legitimate grounds for an annulment, from trying to obtain one.

Mgr Pio Vito Pinto, dean of the Vatican Rota which rules on annulments, told a news conference last August that the new rules were the most substantive changes to annulment laws since the papacy of Benedict XIV, who reigned from 1740 to 1758.

The Pope said the changes would not encourage the nullifying of marriage, but would alter the time it took to complete the process.

He said the changes were being made so that “the heart of the faithful that wait for the clarification of their state may not be oppressed for a long time by the darkness of doubt”.