The historical backdrop of the film will span over 40 years from when the first famine survivors arrived in Glasgow in 1846 to the establishment of Celtic FC in 1887. 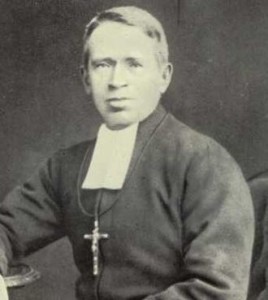 The story of the Irish Marist Brother who formed Glasgow Celtic Football Club looks set for the big screen.

Brother Walfrid was born John Kerins and was a native of Ballymote in Co Sligo.

It has now been confirmed that the British Film Institute is backing a major feature film about Celtic which will focus on the Irish community who formed the club in Glasgow’s East End.

Speaking to the Irish Post newspaper, award-winning Scottish novelist Andrew O’Hagan confirmed that he is working on the script after being selected by actor/director Peter Mullan.

He said, “The BFI have backed the project. Peter Mullan is going to direct; it’s a film set in Victorian Glasgow about the establishment of Celtic Football club.”

Speaking about the film he said, “I don’t see the film as being a vehicle for the legend of paradise. This is a story about self-respect, it’s an austerity movie about how to triumph over hard times so it couldn’t be more timely in a way,” he added.

Brother Walfrid, who was headmaster as the Sacred Heart School in Glasgow, will be a pivotal character in the motion picture.

The film’s narrative will also concentrate on how the Irish survived by forming a community around Celtic and Irish Catholic parishes in and around Glasgow.

According to Andrew O’Hagan, “Brother Walfrid and the East End of Glasgow are very much central to the story. Without going into detail, it’s the story of an Irish family around the Saltmarket area during the years running up to the establishment of the club. It’s the story of church members, the local clergy and the Irish immigrant community beginning to organise themselves socially and politically. It’s a story that has never been told.”

He revealed that the historical backdrop of the film will span over 40 years from when the first famine survivors arrived in 1846 to the establishment of Celtic in 1887.

He added that it has always been his intention to really get into the hearts and minds of people living in the community at that time.

“This team formed by Marist Brothers would go on to European glory but that 40 year period has never been documented in a way that would satisfy me.”