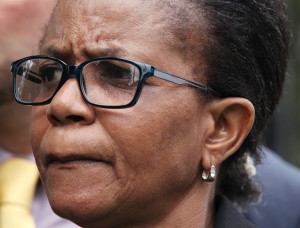 Senator Rónán Mullen has challenged the Government to reform its handling of asylum applications to make the system “fit for human dignity.”

His motion was seconded by Senator Paul Bradford.

“If the State is letting people languish in the system, so as to deter other possible arrivals to the country, that is immoral and unacceptable,” Senator Mullen warned.

“It effectively treats people as ‘human shields’ against a feared influx of immigrants – a perverse thing to do when you consider the warzones some of these applicants come from.”

He described the Irish system’s treatment of children as “particularly abhorrent”.

“None of the children in the system are responsible for their situation. They are forced to grow up in conditions of extreme abnormality. They don’t know what it is to have a working parent or a family pet. No civilised country should stand over this.”

Senator Mullen’s motion called on the Government to establish female-only and family-only reception centres, grant the right to seek employment and give leave to people in the system for four years already to remain in the State. 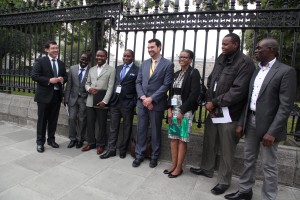 Lithuania was the only country apart from Ireland that didn’t grant asylum seekers the right to work at some stage of the asylum process, he noted.

The motion also called on the Government to ensure the security, safety and comfort of each resident in the centres and to introduce guidelines to ensure appropriate treatment for survivors of torture.

“Managing an asylum policy is never easy for any country, but in Ireland some people have been in a Living Limbo for years on end,” Senator Mullen said.

–         notes the continuing operation of the ‘Direct Provision’ régime applying to those persons seeking asylum in the State;

–         notes recent Reception and Integration Agency data which shows that the average length of application process for an individual asylum seeker is 48 months and that an average stay in the direct provision régime is 52 months;

–         notes that, with the exception of Lithuania, Ireland is the only EU member State to deny asylum seekers the possibility of obtaining employment;

–        notes the provisions of Article 4 and Article 7 of the European Charter of Fundamental Rights and the rights recognised therein of all persons in the State;

–         recognises that, as a signatory to the International Covenant on Economic Social and Cultural Rights, Ireland is obliged to ensure that accommodation centres for asylum seekers in direct provision are ‘adequate’;