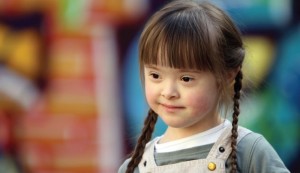 A leading Pro Life agency, Precious Life, has appealed to members of the public to support an online petition not to discriminate against people on the basis of their genetic predisposition.

The petition calls on the Secretary General of the UN, the Commissioner for Human Rights from the Council of Europe and the European Commissioner for the Charter of Fundamental Rights to appeal to member states to use genetic testing solely to enhance human care and well-being of babies.

“Many countries are on the brink of expanding national prenatal screening programmes with a new generation of genetics tests aimed at detecting Down Syndrome,” says Stop Descriminating Down.

“The pharmaceutical industry is continuing to perfect its screening methods to detect Down’s syndrome in utero. Non invasive prenatal testing (NIPT) can identify Down’s syndrome in an unborn child by testing the mother’s blood, and it is spreading quickly across the world. Increasingly, governments (including France, the UK and the Netherlands) are preparing to introduce NIPT into their public healthcare programmes as part of standard prenatal care,” it says.

Abortion rates for babies with Down’s Syndrome following prenatal diagnosis is already over 90% in France, the UK and the Netherlands.

The group, which is supported by seventeen pro life agencies, including Northern Ireland’s Precious Life,  says no-one should have to defend threats to their life because of his or her genetic make-up. 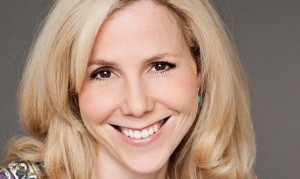 Appealing to the public that “A Down’s child is a blessing, not a tragedy”, Precious Life tells the story of comedy actress and writer, Sally Philips (perhaps best known for playing Shazzer, Bridget Jones’s kooky best friend), who had a Down’s child seven years ago.

Ms Philips says there was no warning that Ollie would have a disability. The tests were done, and no red flags went up.

“We were told we had a 1 in 10,000-odd chance, and he wasn’t diagnosed immediately, so I was sort of very angry for a while. It took me a while to work the steps backwards, and when I asked myself, ‘So would you have terminated?’ The answer was no.”

Now she has come to resent the question, and all the assorted ones that are either asked, or implied.

“They are always questions that are a step away from, ‘Would you prefer not to have had your child? Would you prefer it if he never existed?’ No! I’m very glad my child has been born, thank you very much. I think he’s lovely.”

She said her “blood runs cold” when she hears the “great news” that scientists have found a marker for the Down’s syndrome gene to make it easier to identify.

“Why is that good news? It’s only good news if you’re going to terminate. Hurrah, we can kill more! That makes you want to vomit when you’re a parent.”

Members of the public may sign the petition at: http://stopdiscriminatingdown.com/sign-the-petition/