State has questions to answer on gambling – Senator Mullen 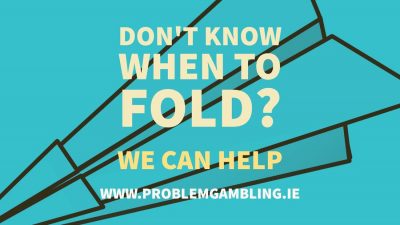 Senator Rónán Mullen has questioned the role that the State has played in promoting different forms of gambling.

During a debate in the Seanad on gambling addiction, he joined other senators in calling on the Government to accelerate plans to introduce a Gambling Regulatory Authority.

The Independent also highlighted the effects that gambling has on families.

Addressing senators he stated, “Gambling is not inherently wrong, but we have to confront the fact that it is doing great harm to some people’s lives. The most difficult feature of the problem is the impact it has on families.”

He cited the “very honest testimony” of Galway hurling star, Davy Glennon, who has spoken about how he became a compulsive gambler, and the sacrifices his family had to make to repay the debts that had flowed from his gambling problem.

He noted that research by the Rutland Centre had shown that gambling is increasingly becoming a problem among women.

“We have to ask how this problem can best be regulated to ensure it will not damage or impinge on the dignity of citizens or their families.”

“We must ask if the State encourages many forms of gambling in unhealthy ways. There is almost a cult surrounding the Lotto and the EuroMillions in which the media plays its part,” Senator Mullen challenged.

He said he was not aware of any research to determine the amount the average person might spend on the Lotto each week, but he was sure there were some who participate to an unhealthy degree.

“There is doublethink on gambling which perhaps often mirrors the doublethink on the problem of the excess consumption of alcohol, on the one hand, and the inability of the State, on the other, to really grasp the nettle in dealing with that issue.”

Elsewhere in his contribution, Senator Mullen addressed the impact gambling may be having in rural Ireland.

“As a person who comes from rural Ireland, I have noticed the presence of bookies and betting shops in towns where very little else seems to be happening. What does that say about people’s dependency? It is a tragedy that towns that are down at heel in many ways still seem to have thriving betting shops.”

Senator Mullen praised voluntary groups, including Tiglin and Cuan Mhuire and Sr Consilio, who are working to assist those who are struggling with gambling addiction. “They are the real heroes,” he said.

“The State should take the lead from their courage, initiative and persistence to come up with solutions to the problem; solutions that are long overdue,” he suggested.