Home > News > ‘A star has fallen but his light will continue’

‘A star has fallen but his light will continue’ 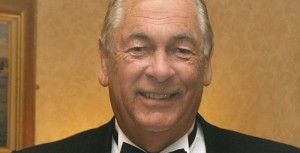 “A star has fallen but his light will continue to shine” Fr Michael Kelly said in his homily at the Requiem Mass for Irish golfer Christy O’Connor Junior in Galway Cathedral on Tuesday.

Addressing the congregation which included family and friends, as well as President Michael D Higgins, representatives of the sporting world and politics, “You loved him in life, do not forget him in death”.

The priest, a family friends of the O’Connors, said that on the 12th day of Christmas “we awoke to the dreadful news that our friend had unexpectedly died. The initial reactions were shock, sadness and loss.”

Within hours a steady flow of tributes began to flow in – “all of them glowing.”

There were tributes to Christy the golfer – “one of our greatest, to the family man, who showed enormous pride in his family and never failed to acknowledge them when celebrating his achievements.”

Tributes to a friend – and everybody felt they were one of them.

“I have no doubt Christy had a large number of very close personal friends but he had the gift of making every acquaintance feel that they were special – and he treated them accordingly,” Fr Kelly said.

There were also tributes to the fundraiser, who had raised huge amounts for worthy charities down through the years from missionaries in Africa to the Galway Hospice foundation.

“The famous 2 Iron alone was a powerful fundraising weapon,” he joked.

Fr Kelly told the packed cathedral that these were all tributes to “a great human being”, whom they had had the privilege to be associated with in one way or another.

“He was a proud Galway man, an Irishman and a European. His leaving has left our world a poorer place. He was one in a million!”

He said the golfer “certainly believed in the communion of Saints, the resurrection of the body and life everlasting”.

“He spoke openly and confidently of his conviction that he would meet Darren again – not quite so soon, I imagine.”

“He prayed to him and for him and was convinced that Darren came to his assistance more than once.”

The priest said that throughout those dark days and during his wife Ann’s illness their faith supported them and enabled them carry their cross with great dignity.

“A star has fallen but his light will continue to shine. And just as he was your guiding light through difficulties and problems while he was alive, may he continue to light your way through the lonely days ahead.”

Mr O’Connor was afterwards buried in Rahoon Cemetery in Galway.