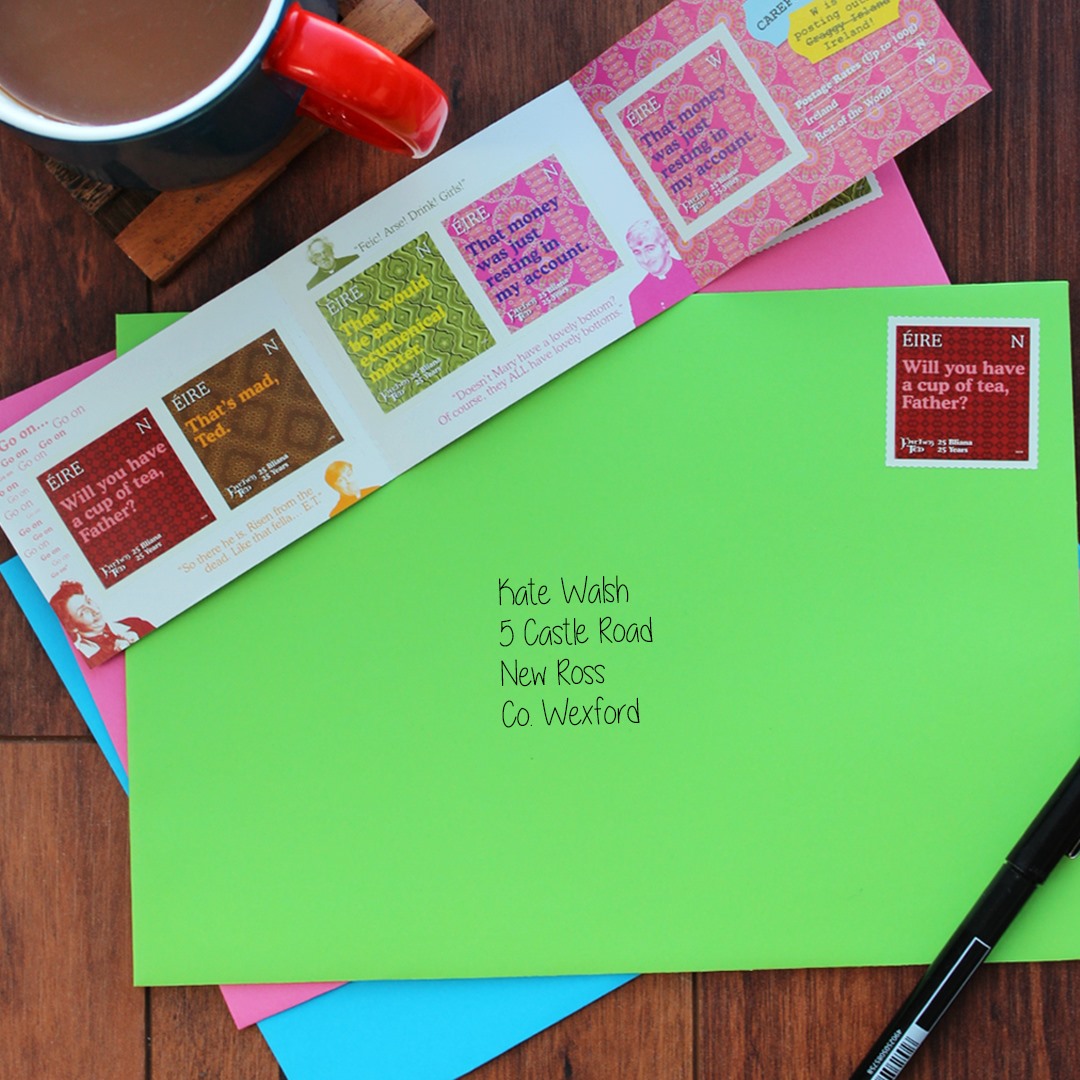 Wallpaper from a parochial house and quotes like “That would be an ecumenical matter” and “Will you have a cup of tea Father?” feature on stamps to mark 25 years of sitcom, Father Ted.

An Post has launched a specially designed booklet (€5.70) with five stamps celebrating the characters, their catchphrases, and the world of Father Ted. It includes four €1 N-rate stamps cover postage in Ireland and a €1.70 W-rate stamp for postage worldwide. Stamps, souvenir envelopes and collectables are for sale online and in selected post offices.

Cast member, actor and author Pauline McLynn welcomed the new stamps: “I’m delighted with the recognition Father Ted is receiving,” she said. “The stamps are comical, colourful and capture the humour of Father Ted, which all of us knew was so special at the time, irreverent, farcical and fun! The legacy of the show and everyone involved with it lives on with Father Ted’s ongoing success and influence on language, on comedy writing and on generations of fans.”

She played the housekeeper in the parochial house and is famed for encouraging people to accept a cup of tea stating “Go on, go on, go on.” She also came out with phrases like: “It doesn’t matter what day it is Father, there’s always time for a nice cup of tea.”

Julie Gill, Marketing Director at An Post welcomed the stamps stating: “We are creating a laugh out loud moment with these colourful stamps, while marking 25 Years of Father Ted and remembering those members of the cast and crew who are no longer with us. Right now, the power of fun and of laughter is to be celebrated.”

The stamps feature catch phrases of each of the four main characters: “That’s mad, Ted” (Fr Dougal); “That would be an ecumenical matter” (Fr Jack); “Will you have a cup of tea Father?” (Mrs Doyle); and “That money was just resting in my account” (Fr Ted). 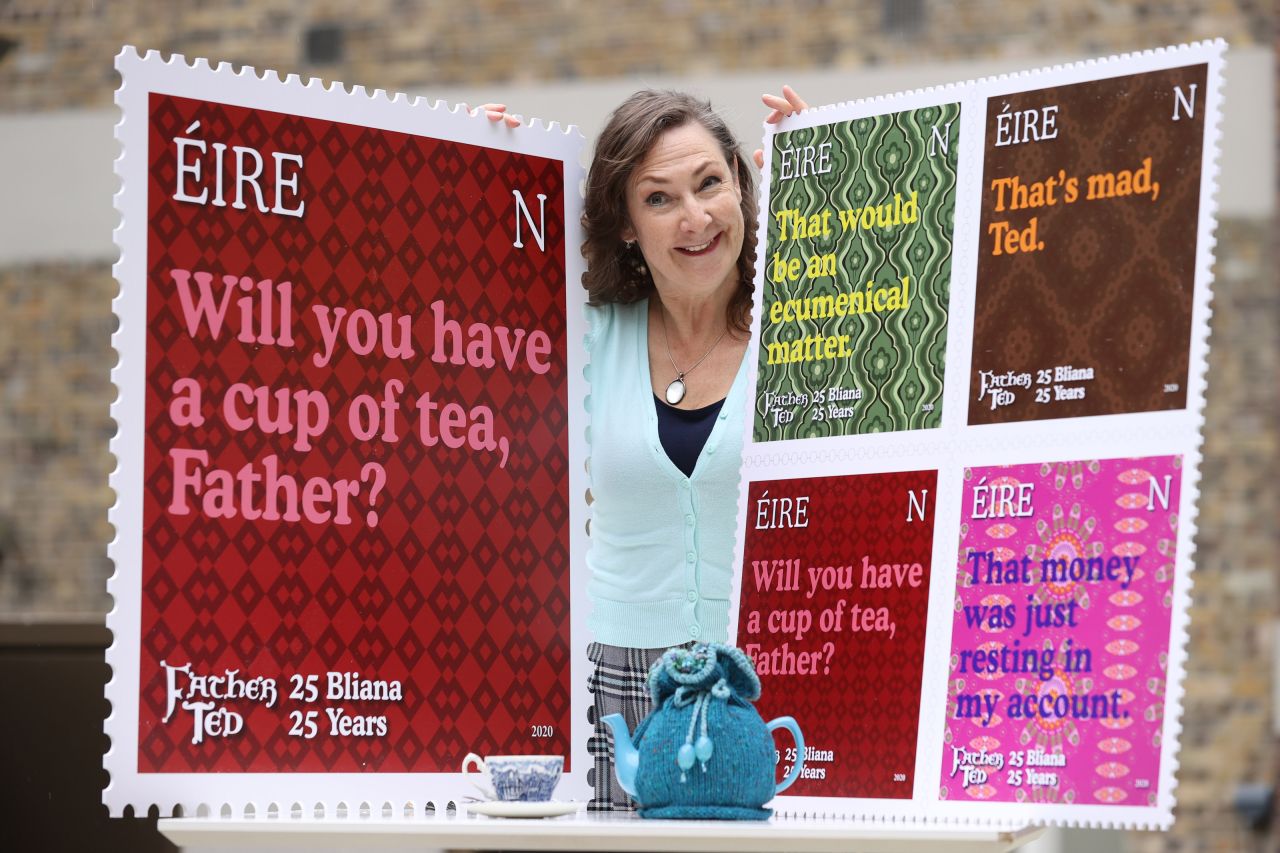 Before launching the stamps, An Post surveyed customers about their favourite moments in the Father Ted shows. According those surveyed 88 per cent said that ‘Ted-isms’ pop up in conversation. More than one third of respondents (37 per cent) claimed that ‘Father Ted’ creeps into their speech on a weekly basis and one in five (20 per cent claiming to quote lines from the series on a daily basis.

The Father Ted show revolves around three priests living together in the parochial house with their housekeeper Mrs Doyle (Pauline McLynn). The comedy was created by Irish writers and actors and is set in Ireland and produced by British production company Hat Trick Productions for Channel 4. It was first broadcast in 1995 with a total of 25 episodes and later on featured RTÉ Two in Ireland, and other stations worldwide.

It received several BAFTA awards, and is still popular in the UK and Ireland. In 2019, Father Ted was ranked second to Fawlty Towers in “the greatest British sitcoms” by the Radio Times.