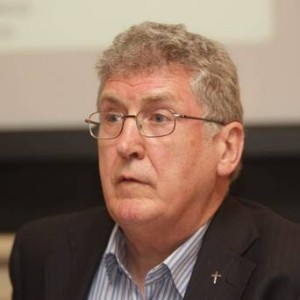 The 6th century Irish missionary, St Columban, was the first person to use the phrase “we Irish” which he used in a letter he wrote to Pope Gregory the Great.

Writing in the Irish Times on Tuesday, Fr Sean McDonagh, himself a missionary priest of the Columban order, described the saint as the patron saint of all who seek a united Europe.

But he underlined that the Irish saint did not dismiss or reject ecclesiastical authority.

“In fact, he recognised that Rome was the spring and source of Irish Christianity,” he said.

However, Columban, Fr McDonagh claimed, had no problem advising or even admonishing someone he considered ‘senior’ to himself, for instance Pope Boniface IV.

Elsewhere in his article, Fr McDonagh refers to Columban’s use of the phrase “we Irish”.

“Since all Irish people are heirs to Columban’s legacy, I hope that, during the next two years, scholars, the Government, artists, musicians and the media will explore the life and influence of St Columban in early medieval Europe and his relevance in the 21st century,” he wrote.

The eco theologian was writing ahead of the opening of a major conference on the Irish missionary saint on Friday which launches preparations for the commemorations of the 1,400th anniversary of Columban’s death in 2015.

‘St Columban and his relevance for the 21st century’ will take place from 30 August to 1 September at the headquarters of the Columban order in Dalgan Park, Co Meath.

A host of speakers will assess his contribution to the Church in Ireland and beyond.

It will conclude with an ecumenical service celebrated by the Church of Ireland Archbishop of Dublin and Glendalough, the Most Reverend Michael Jackson.

On the first day of the conference, Dr Damian Bracken of the Department of History at University College Cork will discuss ‘The Ireland which gave birth to Columban.’

On Saturday 31 August, Professor Jean-Michel Picard of the French Department at University College Dublin will discuss ‘The Europe which Columban Encountered when he Arrived in Luxeuil in 590AD.’

That same day, Fr Tommy Murphy, a former Superior General of the Society of St Columban, and who has worked in Korea, Taiwan, Ireland and China, will give a lecture entitled, ‘Columban’s Search for the Heroic.’

Fr Murphy accompanied the Taoiseach Enda Kenny on a visit to the tomb of St Columban in Bobbio in Italy on 10 June last, where Mr Kenny signed a petition asking Pope Francis to make St Columban a patron of Europe.

In his address, the Taoiseach said the Irish monk, who founded a religious community in Bobbio in 614, could be seen as a truly European figure.

The Taoiseach added, “Back in the sixth century, he was writing in a letter to Pope Gregory the Great about ‘Totius Europae’ – I suppose politicians today might look back on that with interest. . . It is also indicative of the fact that Ireland made an enormous, disproportionate contribution beyond our own shores.”

Other lectures due to be given during the conference in Navan include a talk by Dr Johnston McMaster, who is a lecturer and co-ordinator of the Education for Reconciliation programme with the Irish School of Ecumenics, entitled, ‘Columban spoke the truth to those in power in his day; What would he be saying today?’

Fr Sean McDonagh is another contributor. The well known Columban ecologist and ACP spokesman will discuss ‘Columban and God’s Creation’ while historian Clare Stancliffe will lecture on ‘Columban’s Spirituality. What inspired Columban?’

The life of Columbanus was written by Jonas, an Italian monk of the Columban community at Bobbio, c643.