Mass to be streamed live for St Anthony’s feast day 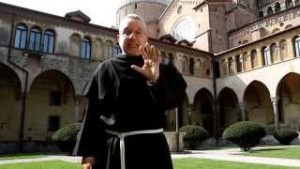 Devotees of St Anthony of Padua around the world have been invited by the Franciscan friars who look after the popular Saint’s relics in Italy to join them for the broadcast of Mass for Saint’s feast day live from his basilica.

Thanks to the kind of technology provided by Church Services TV in Ireland, ( http://www.churchservices.tv/) hundreds of thousands of devotees of St Anthony worldwide can participate via a live internet broadcast of Mass from the basilica in Padua on 13 June.

The friars in Padua have also embraced technology in other ways this year including the introduction of a daily multimedia meditation for the 13-day Novena to St Anthony. These continue up to 12 June.

Those who watch the meditations learn about the Saint and the place where his remains have been guarded for almost eight centuries.

Beginning on 31 May, Fr Mario Conti, OFMConv, editor of The Messenger of Saint Anthony magazine, who was hugely popular with the faithful in Britain and Ireland when the relics of St Anthony toured in autumn 2013, has released a video each day filmed at some of the most inspiring locations in the basilica in Padua which explain aspects of the 13th century Saint’s life. 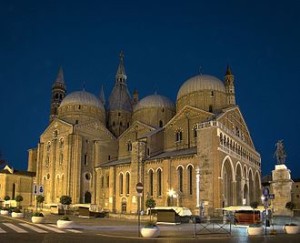 Those who watch the videos, either through the website http://www.saintanthonyofpadua.net or on YouTube: https://www.youtube.com/channel/UCQQL3h69fXJ4klcMvSZBt8A/feed are provided with a range of themes which can be watched each day as they are broadcast or retrospectively:

Then on June 13: Saint Anthony’s Feast Day – solemn Mass will be streamed live from the High Altar of the Basilica at 10:00 AM (CET).

Closer to home, a number parishes are hosting a Triduum Novena to St Anthony over 11-13 June.

The theme for Thursday 11 June is: “Where is God when we feel Lost?”
The theme for Friday 12 June is: “God’s Love can overcome Fear.”
The theme for Saturday 13 June is: “I came that you might have Life.”
Exposition of the Blessed Sacrament each day takes places from 10.45am to 12 noon.