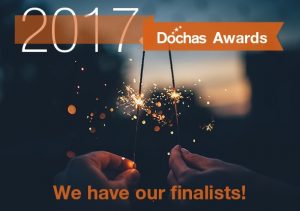 Sr Anne Griffin, an Irish missionary who has served in places such as Zambia, El Salvador and the UK, has been shortlisted for this year’s Dóchas Humanitarian Award.

During his state visit to El Salvador in 2013, President Michael D. Higgins met Sr Anne and some of the families of the victims of the El Mozote massacre, whom she has accompanied in their long journey seeking justice and redress.

The massacre took place during the civil war in El Salvador.

In December 1981, over 1,000 people – mostly children, women and elderly men – were tortured and killed and many more displaced by state military forces.

The surviving victims of the massacre and their families, with the guidance and support of Sr Anne, formed the Promotion of Human Rights Association of El Mozote (Asociación Promotora de Derechos Humanos de El Mozote, APDHEM).

Sr Anne had accompanied the people as they prepared their case to be heard at the sitting of the Inter-American Court of Human Rights in Ecuador in April 2012.

A landmark ruling by the court said El Salvador should investigate the massacre and that the perpetrators should be brought to justice.

Under the court ruling, the El Salvadoran government has five years to implement a programme of reparation.

Sr Anne, along with the Human Rights Association, has been working to try and ensure that the government complies with the ruling.

A missionary with the Sisters of the Sacred Hearts of Jesus and Mary for 40 years, Sr Anne began her life as a nurse working with children with special needs in England and later Zambia at the height of the HIV and AIDS pandemic.

She then journeyed to El Salvador, where she dedicated herself to accompanying the community of El Mozote left traumatised by the massacre which saw 1,000 people tortured and murdered, 400 of whom were children, by state military forces.

The case has brought about a change in El Salvador’s Amnesty law and has opened the way for many other cases of crimes against humanity to be re-opened, including that of Archbishop Oscar Romero. 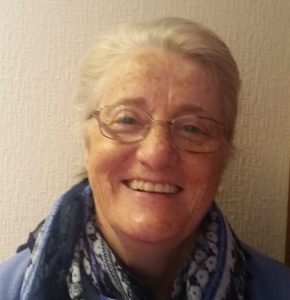 The reparation programme includes housing for the victims in their home village where everything was destroyed; education where, due to the high levels of poverty, many families are unable to educate their children; health where the psychological effects of the massacre have left the majority of the people with chronic physical and psychological illnesses; and a full register of those massacred, survivors, and displaced.

In 2015 there was a reversal of the amnesty for those who committed war crimes.

Court cases involving the perpetrators are currently ongoing and the long struggle for justice by Sr Anne and APDHEM is finally bearing fruit for the victims and their families.

The Sisters of the Sacred Hearts of Jesus and Mary have a small community in the capital San Salvador which is involved in social and health projects helping the very poor and marginalised in an area where street violence and murders are a daily occurrence. Sr Anne is based in the north of the country.