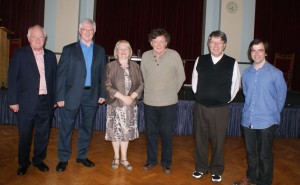 “We don’t want to see spirituality studies dying in Ireland” Dr Michael O’Sullivan said as he announced the setting up of a new spirituality institute which will be formally launched later in the year.

SpIRE – the Spirituality Institute for Research and Education – was announced in Milltown last week and represents something new and something old in the field of Irish spirituality studies.

Two of the driving forces behind the new institute are very well known within academic circles.

Dr Michael O’Sullivan SJ and Dr Bernadette Flanagan PBVM have been prominent in the school of spirituality in All Hallows College in Dublin and also lectured in Milltown Institute of Theology and Spirituality.

SpIRE has already negotiated to have an MA in Spiritualty on offer to students under the auspices of Waterford Institute of Technology by Autumn 2016.

The hope is that in time, doctoral research will also become accredited too. A further partnership is currently under discussion with a third level college in the US

In addition to the academic course and research, SpIRE will also be involved in hosting/partnering a number of conferences, public lectures and summer schools.

Last week, Dr O’Sullivan gave the keynote opening address at the conference on Spirituality and Health organised with the School of Nursing and Midwifery in Trinity College Dublin. 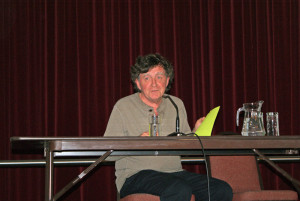 Between 17-21 August, SpIRE will run a summer school in spirituality.

Later on 5 September, Professor Mark Stephen Burrows of the University of Applied Sciences in Bochum in Germany will give a lecture in Milltown on Rainer Maria Rilke titled: ‘The Ripening: Imagining a truer God (and self) with the poet Rainer Maria Rilke’.

Jesuit Dr Michael O’Sullivan explained that SpIRE is currently in the process of becoming a legal entity and when that is sorted out there will be a formal launch of the new Institute.

“We are trying to keep spirituality studies going in Ireland”, he explained and referred to the warning some years back that Ireland not only needed to be recapitalised financially but also spiritually.

However, as part of the announcement of SpIRE, Dr Finley gave an address the evening before his main programme of lectures, touching on his six years as a monk in the Trappist Abbey of Gethsemani in Kentucky where Thomas Merton was his spiritual director for three years.

He reminded his listeners of Thomas Merton’s teaching, ‘You cannot love and live on your own terms’.

The need of our times was a radical relationship in mystical union with God and a sense of social justice, which is imperative for the awakened heart, he said.

Other insights included the meaning of contemplative ecumenism, that God is given in the autobiography of our lives and that compassion and holiness are laid bare in the brokenness of our lives.

In the question and answer session that followed his talk, Dr Finley, who is a psychotherapist said a lot of psychotherapy is slowing down to catch up with yourself.

He referred to the Zen Buddhist teaching on the day in the life of a snail which manages to cover just two to three feet before the day is over – “and for the snail that is a big day”, he said.

The former monk, who is now over 70, emphasised that God’s love is poured out everywhere and spirituality is about not getting seduced into thinking that the brokenness of God’s representatives is the same as the ocean of God’s love.

He reminded his listeners that at the heart of the Gospel is the Last Supper where a traitor was at the table.