A special commemorative edition of a book On Lough Derg with words by Deirdre Purcell and commentary by Bishop Joseph Duffy has been published by Veritas to mark the golden jubilee of the Irish bishops’ own publishing house.

The book was first published in 1988 and Bishop Duffy, who retired in 2010, was delighted to have been able to attend the original launch of the publication and the launch of the new edition last week on St Patrick’s Purgatory, the “Station Island” on Lough Derg in Co. Donegal. 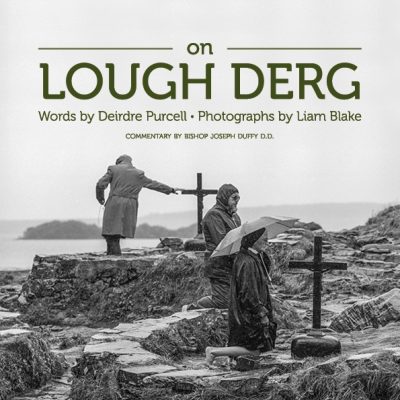 Before he became Bishop of Clogher in 2010, the churchman had served as a chaplain at Lough Derg for ten years.

The book is beautifully illustrated with pictures by award-winning photographer Liam Blake. Veritas says it is an ideal gift for former and would-be pilgrims or anyone interested in Ireland’s pilgrimage heritage.

Another recently reissued Veritas publication that will be of interest to many is The Visit of a Saint, which tells the story of Pope John Paul II’s visit to Ireland in September 1979.

The 40th anniversary of his arrival in Ireland for a three-day pilgrimage of peace is on Sunday 29 September.

Containing many photos of the visit, the book comprises all the homilies and addresses of Pope John Paul II while he was in Ireland.

Veritas marketing manager Pamela McLaughlin says: “As relevant today as it was forty years ago, this collection serves as a testament to the warmth, compassion and esteem this great pope, and now saint, is held in by the Irish people. He reached out to politicians and journalists, clergy, religious and all Irish citizens with a call to faith, forgiveness, peace and justice.”

Commenting on the original version of this book, which is now republished as a commemorative edition, the late Cardinal Tomás Ó Fiaich, Archbishop of Armagh, commented: “Only those who lived through that unforgettable weekend can fully understand its impact. They can never hope to recapture in full its elusive atmosphere or spiritual joy and serenity, but this book will make its most precious moments come alive again. It will also convey much of the spirit of this unique event in Irish history to those who were unable to be present.”