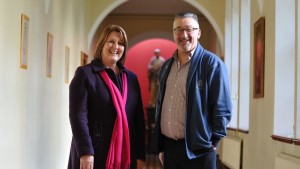 A special concert will take place in a Co Louth church in January to mark the third anniversary of the death of a Garda who was murdered near Dundalk.

The third anniversary of the death of Garda Adrian Donohoe will be marked by the concert which will be held at a Redemptorist church in Dundalk.

Speaking at the launch of the event, the wife of the slain Garda, Caroline Donohoe said, “This concert is a fantastic tribute to Adrian and a beautiful way for us to celebrate who Adrian still is and will always be to us.”

“Words cannot express how very grateful I am to everyone involved from the artists to the organisers and I wish them all every success,” she added.

Aptly titled ‘Remembering Adrian,’ it will be held in St Joseph’s Redemptorist Church which is where his funeral mass was held.

It will take place on Friday 29 January, four days after the date of his death but three years exactly to the day that he was shot dead outside Lordship Credit Union in Louth, on the last Friday in January 2013.

His colleague Garda Tony Golden who was murdered last month in Omeath, a short distance from Lordship, was also remembered at the launch.

Musician Stewart Agnew is one of the organisers and he thanked the Gardaí for their support in organising the event “while they must yet again mourn the tragic passing of a colleague and friend, Garda Tony Golden.”

Of the concert Stewart said, “It is going to be a major event, which is only right considering it is Adrian we are remembering.” 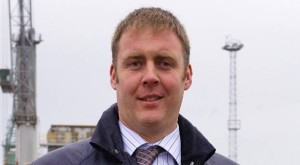 “His death shocked everyone in this area to the core and now when we approach people in the community with an event that will honour him, we are pushing open doors.”

He added “We are delighted that Fr Michael Cusack and the Redemptorist community are allowing us hold the event in the Church. I know from our discussions with Caroline Donohoe that this was the first and only option and we are very grateful for the help, support and involvement given,” he added.

Fr Michael Cusack is a family friend of the Donohoe’s and officiated at the funeral mass.

Speaking at the launch he said, “In so many ways the tragic events of three years ago can’t be erased from our minds or our hearts in anyway but they can be very strongly remembered.”

“I think it is so important for Caroline and her family and for the community to have some very concrete way of celebrating Adrian’s life and keeping alive everything that is so good and so precious in their memory around Adrian.”

Among those who will be performing at the special concert of remembrance are Fr Liam Lawton and The Priests.