Spanish Point bids farewell to Sisters of Mercy this afternoon

The people of Spanish Point, in Co. Clare, will bid farewell to the Sisters of Mercy at 3 p.m. this afternoon in a ceremony made all the more poignant by social distancing rules.

The order founded by Catherine McAuley has been present in this part of east Clare since 1929. They were first invited to found a school in the Diocese of Killaloe in 1884 by Bishop Michael Flannery, but it took 45 years to find a suitable property. 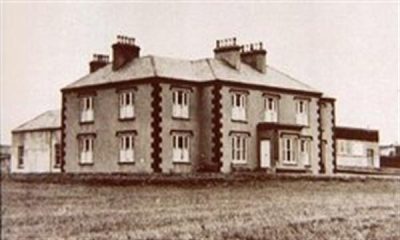 Seaview House, the nucleus of what was to become St Joseph’s Secondary School.

Overlooking the Atlantic, St Joseph’s School and convent can claim to have one of the most scenic views in Ireland.

Little time was wasted once Seaview House was purchased on the Feast of St Joseph, 19 March 1929: teaching sisters moved to Clare in July to start converting adjoining stables and a coach-house into classrooms and the school opened its doors to its first 40 students in September that year. Steadily the school grew to serve a wider catchment area and, between 1931 and 1978, in addition to being a day school it also took in boarders.

Today the school has an enrolment of 319: 151 girls and 168 boys and it is managed by CEIST, the trustee body for 110 voluntary Catholic secondary schools that were formerly managed by five religious orders.

When St Joseph’s was opened it was a facility that was badly wanted locally, says former school principal Mary Crawford. She told Clare FM. “There were families in Clare who were sending their daughters to stay with relatives in England so that they might get a secondary education – such was the need at the time.”

The main reason for the departure of the Sisters of Mercy is that the convent building is no longer fit for purpose, as well as the advancing ages of the four remaining sisters. They are very sad to be leaving, Ms Crawford said, adding that the people of Spanish Point were also saddened by the departure.

It had been planned to mark ‘the end of an era’ with a Mass of Thanksgiving, but sadly that is not possible. Instead, it is proposed that past pupils and members of the local community who wish to express their gratitude to the sisters assemble near the convent at 3 p.m. It will not be possible to personally say goodbye to individual sisters because of social distancing rules – instead, members of the community and the four remaining members of the order will bid goodbye with calls and with waves of the hand.

“If the weather is bad, we will organise a drive-by,” said Ms Crawford. “Hopefully, we will be able to organise a Mass in July. But the sisters are leaving and it will be a huge wrench for them and for people in the community.”