Son of Irish immigrants and Knights’ founder for beatification 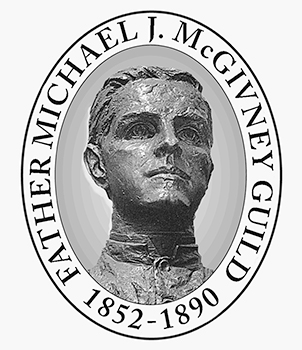 The son of immigrants who left Co. Cavan during the famine has been approved for beatification.

Fr McGivney was born in 1852 in Waterbury, Connecticut, USA, as the first son of Patrick and Mary (Lynch) McGivney.

On Wednesday 27 May 2020, with the approval of Pope Francis, the Congregation for the Causes of Saints published decrees advancing the causes of various holy men and women, including Venerable Michael McGivney, the founder of the Knights of Columbus.

The Congregation for the Causes of the Saints recognised miracles attributed to the intercession of Venerable Fr Michael McGivney and to Venerable Pauline-Marie Jaricot, foundress of the Society for the Propagation of the Faith and the Living Rosary Association. The way is now cleared for the two to be beatified and have the title “Blessed” before the next step to full sainthood.

In a statement, the Knights of Columbus highlighted that the beatification during this pandemic is for a priest who served his people and died during another, not dissimilar, pandemic in 1890.

They state that an additional miracle attributed to Fr McGivney’s intercession will be required for his canonisation as a saint. The miracle, through the intercession of Fr McGivney, involved healing an unborn child of a life-threatening condition after prayers by his family to Fr McGivney in 2015.

He founded the Knights of Columbus in 1882, nearly a century before the Second Vatican Council. By his vision, he empowered the laity to serve Church and neighbour in a new way. Today, the Knights of Columbus is one of the largest Catholic organisations in the world, with 2 million members in North and Latin America, the Caribbean, Asia and Europe.

The beatification Mass will take place in Connecticut, and will include an apostolic letter from the Holy Father and the bestowing of the title “Blessed” on Fr McGivney.

“Father McGivney has inspired generations of Catholic men to roll up their sleeves and put their faith into action,” Supreme Knight Carl A. Anderson said. “He was decades ahead of his time in giving the laity an important role within the Church. Today, his spirit continues to shape the extraordinary charitable work of Knights as they continue to serve those on the margins of society as he served widows and orphans in the 1880s. Father McGivney also remains an important role model for parish priests around the world and left us a transformative legacy of effective cooperation between the laity and clergy.”

Fr McGivney was part of the growth of the Church in the United States in the late 19th century. Ordained in Baltimore in 1877, he was a priest in a strong Irish-American and immigrant community at a time of anti-Catholic sentiment.

He worked to keep his parishioners close to the faith, partly by finding practical solutions to their many problems. With a group of the leading Catholic men of New Haven, he founded the Knights of Columbus in 1882 at St Mary’s Church, and the group soon became a major force in evangelisation, charity, racial integration and the defense of religious freedom. 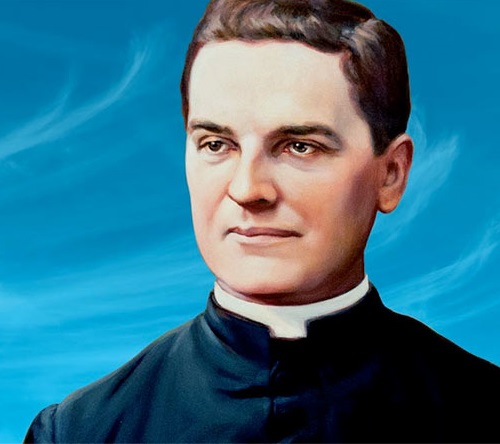 Fr McGivney spent his entire priesthood in parish ministry and died of pneumonia on August 14, 1890, two days after his 38th birthday.

Known for his devotion to the faith and his embodiment of the characteristics of the “Good Samaritan”, his cause for sainthood was opened in the Archdiocese of Hartford in 1997. In March 2008, he was declared a Venerable Servant of God by Pope Benedict XVI.

Fr McGivney was just one of the 12 people that Pope Francis and the Congregation advanced for canonisation. They also recognised miracles attributed to Venerable Pauline-Marie Jaricot.

Miracles were also attributed to three Blesseds: Charles de Foucauld, Cesare de Bus, and Maria Domenica Mantovani. The official acceptance of the miracles means that all three can now be canonised.

The Congregation also determined that Franciscan priest Cosma Spessotto was killed in odium fidei, that is, out of hatred of the faith. Father Cosma was a missionary in El Salvador who was martyred in 1980.

Finally, the Congregation recognised the martyrdom of six Cistercian monks who were killed as they tried to safeguard the Eucharist when their abbey was attacked by French soldiers during the Napoleonic wars.

The decrees on martyrdom will allow the causes of Father Cosma and the Cistercian monks to proceed.