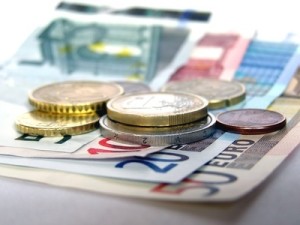 Social Justice Ireland has strongly urged the Government to put its fully-costed proposal for a universal State pension for every person aged over 65 on the table for discussion.

The call comes as the Department of Social Protection plans to set up an expert group to examine a retirement savings scheme for private sector workers.

Over 80% of older people are reliant on the State pension for the majority of their income, Social Justice Ireland’s ‘Budget Choices 2015’ policy briefing confirmed.

The concept of a basic universal State pension, based on residency, was one of two proposals made by the Organisation for Economic Co-operation and Development (OECD) in its April 2013 report (OECD Reviews of Pension Systems: IRELAND).

The report was commissioned by the Department of Social Protection.

Social Justice Ireland’s own detailed study (A Universal Pension for Ireland[1]), published in September 2013, set out a model it claims is sustainable which could deliver a universal guaranteed pension, also based on residency.

The study acknowledged Ireland’s then worsening economic climate, showing that the cost could be fully funded by reducing tax relief on pension contributions and curbing tax benefits on private pensions that favoured higher earners.

“Without social welfare payments 88% of those aged 65 and over would be at risk of poverty,” Dr Seán Healy, CEO of Social Justice Ireland said. “The importance of the State pension and payments to older people cannot be emphasised enough.”

Introducing a universal pension as proposed by Social Justice Ireland would:

This analysis factored in a gradual increase in the universal pension from 2016, reaching 40% of average earnings by 2025.

Using CSO data, the study mapped out the projected costs from 2014 to 2046, when the eligible pension population would more than double to 1.315m people.

The study also clearly set out how this universal pension could be financed.

“Ireland could have a universal pension for everyone over 65 by simply standard rating the current tax-break for private pensions, 80% of which goes to the better off. This approach would be simpler, fairer and more just as well as being sustainable in the decades ahead,” said Michelle Murphy, Research and Policy Analyst, Social Justice Ireland.