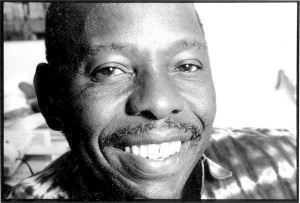 A Nigerian writer and environmental activist who was executed in 1995 for protesting against the destruction wrought by the oil multinational, Shell, in his homeland was remembered last night in Maynooth University.

Ken Saro-Wiwa’s daughter Noo, an author and journalist, read from her award-winning book Looking for Transwonderland: Travels in Nigeria.

The event, which took place on the twentieth anniversary of his execution, also saw the launch of the Ken Saro-Wiwa Postgraduate Award at the John Paul II Library in Maynooth University (MU).

History postgraduate, Graham Kay, won the award. “It is a privilege to be receiving the Ken Saro-Wiwa award. I am very grateful to Maynooth University for creating this award to honour the legacy and life’s work of Ken Saro-Wiwa,” he said in his acceptance speech.

“This scholarship will allow me to pursue important archival research in Europe, and with that material, in my research I hope to emulate and draw upon the courage, dignity and dedication Ken Saro-Wiwa applied to his own work.”

Graham Kay will use the €2,000 award to fund research in Germany for his PhD thesis entitled The First Oil War: Great Britain, Germany and the race for oil, 1896-1921 which will explore why government policy became so intrinsically linked to the issue of oil. 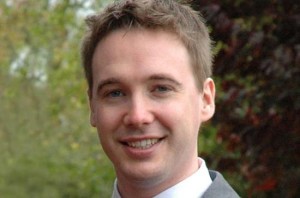 On 10 November 1995 the world learned of the execution of Ken Saro-Wiwa and fellow activists by the Nigerian government.

He was a member of the Ogoni people, an ethnic minority in Nigeria whose homeland, Ogoniland, in the Niger Delta has been targeted for crude oil extraction since the 1950s.

Ken Saro-Wiwa led a non-violent campaign to stop environmental damage in Ogoniland by multinationals including the Royal Dutch Shell company.

He was also an outspoken critic of the Nigerian government, which he viewed as reluctant to enforce environmental regulations on the foreign petroleum companies operating in the area.

Trócaire was involved in Ken Saro-Wiwa’s struggle through Sr Majella McCarron, a missionary who spent 30 years in Nigeria and befriended the activist in 1993 as she monitored western oil firms operating in the Niger Delta.

“Trócaire was among a number of organisation who joined together while Ken Saro-Wiwa’s was in prison to campaign for his release. Following his death we campaigned for justice and a boycott of Shell products,” stated the charity.

Sr Majella McCarron OLA received letters from him in the two years leading up to his death, and donated 28 of these letters and 27 of his poems to the library at MU.

The letters give a unique insight into his life as an activist and political prisoner, and his efforts to protect the Ogoni people’s land in the Niger Delta against multinational oil corporation, Shell, and his friendship with Sr Majella.

The formal handover of the letters took place on the 10 November 2011, on the sixteenth anniversary of his execution with his colleagues and together became known as “the Ogoni Nine”.

The Ken Saro-Wiwa audio-archive – a collaboration between MU Library and Kairos Communications – contains a number of interviews with people connected to Ken Saro-Wiwa including Sister Majella and Dr Owens Wiwa is freely available.

In line with the wishes of the Saro-Wiwa family, Sr Majella McCarron and the three editors of the book have agreed that funds raised from book sales will go towards the postgraduate award fund, administered by Maynooth Library in Ken Saro-Wiwa’s name.