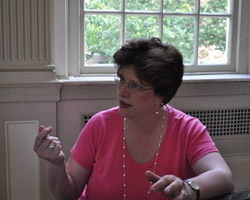 Learn to sing the Messiah in eight weeks is the challenge the director of the Palestrina Choir at Dublin’s Pro-Cathedral has issued.

Blanaid Murphy has invited anyone who is interested in singing the famous music to come and join in.

No experience is necessary, all that is needed is a desire to sing Handel’s Messiah which Dubliners have a great love for as it was first performed in Fishamble Street.

“We’ve had a lot of phone calls so it is quiet exciting,” she told CatholicIreland.net. “I hope there will be a strong interest.

This is the second year that Blanaid Murphy is running what has been described as ‘Project Messiah’ – an assembled choir of singers and choir members who come together to learn the Messiah in eight weeks, and perform it on the eve of Advent.

Last year around 140 people joined the choir from the many parishes in Dublin and the greater Dublin area. They sang at Our Lady of Good Counsel Parish, Mourne Road, Drimnagh, Dublin. 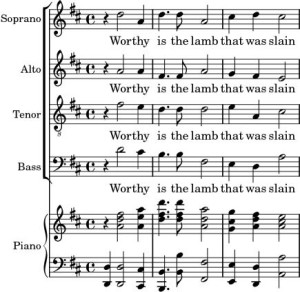 One woman said she had been singing in a church choir for 30 years but had never had the opportunity to sing the Messiah.

Another person said it was one of her greatest wishes to sing the Messiah before she dies. Another person was having panic attacks at the thoughts of performing but did sing in the end and enjoyed it.

“They all know the Hallelujah Chorus but the Messiah is quite a tricky choral piece so it was a great risk to take new group of people and go through it in eight weeks,” said Blanaid Murphy. “But last year it went unbelievably well.”

So she has decided to do it all again this year with the performance planned for Whitefriar Street Church in Dublin, directed by herself and with the addition of some internationally renowned soloists and the Orchestra of Saint Cecilia.

The Office for Evangelisation in the archdiocese of Dublin was also very keen to see it run a second time as such an occasion gathers people together.

Blanaid Murphy says that last year the singers bonded and formed great friendships and they still say hello to her whenever and wherever they meet her. “What developed was a great vibe in the diocese,” she said. 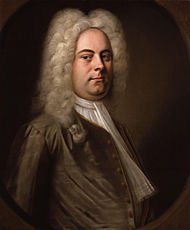 She would love to do a different choral piece like Vivaldi’s Gloria or Mozart’s Requiem with a similar volunteer choir some time in the future.

But first there is the Messiah and her job as musical director of the Palestrina Choir which will have a visit from the Limburg Boys Choir from Germany in October, perform Handel on 5 November and the annual Christmas concert on 4 December.

Rehersals for the Messiah are at All Hallows Chapel, All Hallows College, Gracepark Road, Drumcondra, Dublin 9 from 7.15pm-9.30pm every Thursday.