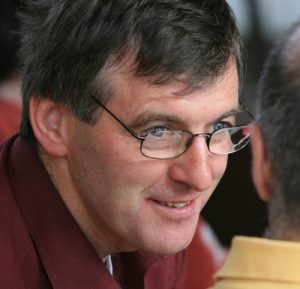 The issue of show funerals for members of gangs, raised by the Archbishop of Dublin, is a complex one, according to Dublin priest Fr Hugh Kavanagh.

“Generally when there is the funeral of someone who is involved in gangs it is usually their family [organising the funeral],” said the co parish priest of Rowlagh and Neilstown.

“My experience has been, and I have been involved in some of those funerals in the past, that you find grieving parents who have lost a son whom they really love and cherish. It is them you are dealing with rather than the leaders or the gangs,” he told the Irish Catholic. He personally had not witnessed “massive displays of funeral cars and wealth”.

Fr Kavanagh was speaking after the Archbishop of Dublin said in a statement that where it can be ascertained that individuals hold direct responsibility in “this traffic in evil” they will “no longer be allowed to exploit religious services in the Archdiocese of Dublin to enhance their image”.

Fr Kavanagh said he understood perfectly what the Archbishop was getting at. “We don’t want the funerals of gang leaders and people involved in drugs and in killing to be presented to young people as a celebration of the glory their life was because their life was anything but a glorious life.”

Asked if the homilies at the funeral Masses for known criminals should include a warning against crime to young people, Fr Kavanagh said, “You can say something, but it may not be appropriate.

“My experience has been that because of the life they have lived and because they have spent their life promoting drugs generally and ruining the lives of young people and also themselves [there is] really nothing particularly good that you can say in your homily about the person. If they have a family or children you may say they loved their children.”

Speaking to CatholicIreland.net, he contrasted this with the way priests could speak about the lives of “upstanding people”, highlighting how they lived and the example of their lives for others. “But in these other cases there is nothing you can say.” On these occasions, the Dublin priest said he spoke of “the mercy of God and what a Christian funeral is and the hope that we have of eternal salavation”.

Your task is to celebrate the funeral for them and that’s a prayer for God’s mercy. You leave judgement to God at the end of the day, he said.

The Archbishop’s intervention was “opportune”, said Fr Kavanagh. “I think there is a place for saying, ‘Look, the life of crime doesn’t pay in the end, and for people involved in gangs usually the only way out is in a coffin’”. But the Dublin priest believed it might be more appropriate to say this when meeting children preparing for Confirmation, at graduation masses, or when visiting schools.

Priests will not necessarily know who they are dealing with, he continued. “People will come to arrange a funeral. You may not know if a person is involved in a gang or not, and it is better that you don’t know so you can treat everybody the same.”

He agreed that certain guidelines regarding eulogies and music had to be underlined when the family is organising the funeral, but “there will be occasions when the family will want to play a favourite song that means a lot to them and it’s very hard to say no to them, especially when they are carrying the bereavement”.