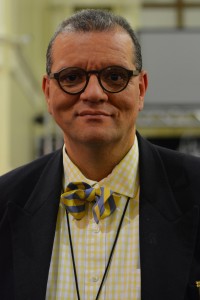 A Shiite leader has called for the return of homes and property illegally taken from Christian families in Baghdad, Kirkuk and other cities in Iraq.

Muqtada al-Sadr is the leader of the Sadrist Movement, the party to which at least 30 Iraqi lawmakers belong.

According to Fides, Chaldean Christian politician Pascale Warda has welcomed the call.

Mrs Warda has asked all Iraqi citizens to support the reinstatement of the rights of the Christians owners – a cause that is also supported by several civil society groups in Iraq.

The ‘legalised’ theft of the properties belonging to Christian families is linked to the mass exodus of Iraqi Christians, following the US-led military intervention to overthrow the regime of Saddam Hussein.

The properties were taken by those who hoped that their Christian owners would not come back to reclaim their property.

Some politicians and Christian associations have long appealed to the local administrative institutions, asking them to cancel the false certifications.

Separately, last year (2015) was the “worst year in modern history for Christian persecution” according to a new study from the Open Doors World Watch List, which monitors persecution of Christians.

The report shows persecution of Christians in the Middle East has increased with the rise of Islamic extremism. Iraq is listed as the second worst country globally for Christian persecution after North Korea.

Meanwhile, the Emeritus Vicar of St George’s Church in Baghdad, Canon Andrew White has appealed to the Irish Government to include persecuted Christians among the refugees they take in from Syria and Iraq.

Canon White, who is also known as the Vicar of Baghdad, is President of FRRME, the Foundation for Relief and Reconciliation in the Middle East.

Speaking in St Mark’s Church on Pearse Street in Dublin last Sunday, he appealed to Western governments to do more to help this persecuted minority.

He warned that Iraq and Syria are being ethnically cleansed of their Christians communities whose roots go back over 2,000 years.

“I have become a vicar to refugees,” he explained. Christians who have escaped ISIS are ending up in refugee camps in neighbouring countries like Jordan “living in tents in terrible conditions” with no provision for schooling for their children and where they lack other essential amenities.

The Church of England vicar, who was forced out of his Baghdad parish, St George’s, in November 2014 as ISIS militants edged closer to the Iraqi capital, said “Christians are the forgotten minority.”

“We had this terrible onslaught of Islamic jihadism. I lost 1,760 members of my congregation.” Some of these were decapitated by the militants for refusing to renounce their faith, including one family of young children.

Up to two years ago Ninevah “was all Christian; now there isn’t one Christian left. They were massacred and their businesses were destroyed,” the vicar said.

In 2014, Canon White’s efforts to continue to minister to the beleaguered parish of St George’s just outside Baghdad’s Green Zone, and the dwindling Christian community of Iraq, was documented as a three part television series titled ‘The Vicar Of Baghdad’.

The vicar, who suffers from Multiple Sclerosis, continues to secretly travel into Iraq and was there recently but declined to give further details for security concerns.

However, the 52-year-old described the situation in some parts of Iraq as “horrendous”.

FRRME’s current focus is helping those who have fled ISIS in Northern Iraq, as well as the thousands of refugees who have fled to Jordan to escape the violence.

In addition to spiritual support it provides food, medicine and shelter. FRRME has also set up a school in Jordan so that refugee children from Iraq can continue their education.

According to FRRME, it is renewing its focus on the peace process in Israel/Palestine and through reconciliation projects such as the Jerusalem International School of Reconciliation, or JISR (meaning “Bridge” in Arabic).

JISR is the first project of its kind and provides a platform for key religious leaders of the Christian, Jewish and Muslim faiths to come together and introduce the power of reconciliation to an international audience.

Meanwhile, FRRME’s Director of Operations in Iraq, Dr Sarah Ahmed is working with Yazidi women who were made sex slaves by ISIS.

Writing on the charity’s website, Dr Ahmed said that “While it was heartening to see the recent nomination of Nadia Murad Basee Tahan for the Nobel Peace Prize (Nadia was captured by ISIS and used as a sex slave), many Yazidi girls are still in captivity.”

She warned that their situation has been made worse by the recent news that ISIS has banned the selling of sex slaves back to their families.

For those who manage to escape, many face a harsh winter living snow-covered tents in IDP camps.

“Our primary focus is to help care for girls who have escaped ISIS and are back with their families. We are providing them with much-needed medical care and winter clothes. Many of the girls we are helping are suffering from Post Traumatic Stress Disorder. The project is in its early stages but with your support we aim to help more girls over a longer period of time,” Dr Ahmed explained

FRRME also distributes winter clothes to the most vulnerable in Erbil

“As well as the Yazidi girls, we are also continuing our support for the large number of Christian families who have escaped ISIS. We recently delivered more than 400 mattresses to Christian families living in the Harsham Camp in Erbil. Most of the Christians there have fled Mosul and other cities now under ISIS control.”