Senator Norris calls for Irish embassy to Vatican to reopen

Pope Francis described as a man of "extraordinary prophetic vision and stature." 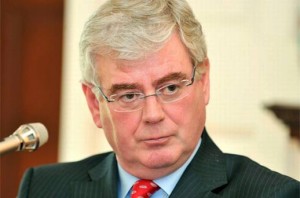 Yesterday the Tánaiste and Minister for Foreign Affairs, Eamon Gilmore, stopped short of stating that the Irish embassy to the Vatican would be reopened.

Mr Gilmore had already signalled in an interview on RTE’s ‘The Week in Politics’ on Sunday that the embassy, which was closed in 2011, could be re-opened as part of an expansion of Ireland’s diplomatic presence abroad.

However, the Minister revealed very little when he came before the Foreign Affairs Committee yesterday (Wednesday) to discuss his Department’s strategic review of Ireland’s foreign policy and external relations and other issues.

Senator David Norris was one of the few politicians to ask the Minister about the reopening of embassy at the Vatican and said he found himself in the “surprising situation” of having welcomed the closure of the embassy in 2011 and now appealing to the Tánaiste to re-open the embassy.

He spoke of how the current pope is a man of “extraordinary prophetic vision and stature.”

Senator Norris said it is now an appropriate moment to look at the Vatican embassy issue: “first of all because of the man and secondly because there is network of valuable diplomatic contacts there.”

The senator said the Pope is one of the most remarkable people of our generation, and added, “I think he deserves support because his ideas are humane and politically in the right direction, they are against power and in favour of humility.”

The senator continued, “It was the arrogance of the Church and its representative here, if we are honest, that helped to lead to the closure (of the embassy). So I find myself in the surprising position that I would welcome a review that took into account the re-opening of the Vatican.” 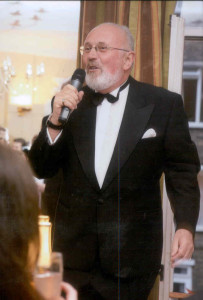 Minister Eamon Gilmore responded, “I am not going to get into individual embassies or missions other than to say that the decisions in relation to embassies are not based on whether we agreed with the country that we have the embassy to, or the government or leadership or whatever, because these things will change.”

He said the decision to close embassies was made for “financial reasons” because “we have a small team, because we have to be very focused and adaptable, we have to be willing to change and we will continue to make those changes and ensure that continue to have a presence where it matters and a presence that is appropriate to our overall diplomatic effort.”

In his intervention, Senator Norris spoke at length about his admiration for Pope Francis saying, “I am interested in his thought, in what he says. I think the Minster would agree with him about the current economic system being unjust at its root and uncaring….”

The Senator welcomed Pope Francis’ speaking out against financial speculation and the throwaway culture where individual workers are not valued and his coments about excessive clericalism.

He concluded, “.. he talks about a Church that is bruised hurting and dirty because it has been out on the streets rather than a Church concerned with being at the centre, and he talks about dispersing power from the Vatican.”

The Tánaiste invited submissions for a strategic review of Ireland’s foreign policy and external relations.