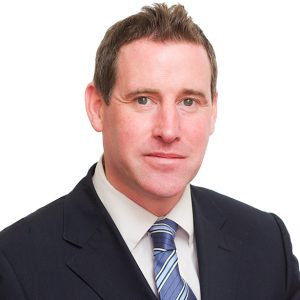 A Westmeath-based senator wants to see the Pope speak at Leinster House during his visit to Ireland.

Fianna Fáil’s Aidan Davitt, who was elected to Seanad Éireann for the first time in 2016, is urging the Government and Department of Foreign Affairs to work with Church figures to arrange for Pope Francis to speak to both Houses of the Oireachtas.

The Pontiff is to visit Ireland next year as part of the World Meeting of Families.

Speaking to Midlands 103FM, Senator Davitt said it would be an “ideal opportunity when and if Pope Francis comes to address the joint Houses of the Oireachtas.”

He added that Pope Francis “has a natural connection to Dublin as he lived here for over three months. Pope Francis spent a number of weeks studying English at the Jesuit Milltown Institute in Ranelagh, south Dublin over 30 years ago.”

Last November, it was confirmed that Pope Francis is to visit Ireland in 2018, when Ireland hosts the World Meeting of Families. The news cames after an official invitation was extended to the Pope by Taoiseach Enda Kenny after a meeting between the pair in the Vatican.

The World Meeting of Families is an event organised by the Vatican’s Dicastery for the Laity, Family and Life and seeks to “strengthen the sacred bonds of the family unit across the globe.” It will be held for three days in Dublin from 22 to 26 August 2018. The meeting was first held in Rome in 1994 and has been held every three years since.

It would not be unusual for Pope Francis to address a parliament. In November 2014 Pope Francis addressed the European Parliament, calling on it to keep democracy alive for the peoples of Europe. His visit marked the second time that a Pope officially addressed MEPs. Pope John Paul II had addressed them in 1988.

Pope Francis spoke to MEPs about issues such as employment, education and migration. During his speech in plenary, the Pope also talked about the importance of human rights and dignity. “I would like to offer a message of hope and encouragement to all the citizens of Europe,” he said, praising the EU’s commitment to promoting human rights.