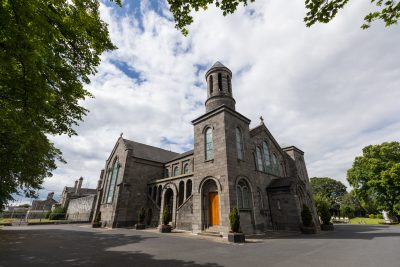 In our time the logic of the Good Friday Agreement can allow a generation never to witness the horrors of violence but reap the benefits of peace, Bishop Dermot Farrell has stated.

In his homily at the State Commemoration Ceremonies he referred to the heroes of 1916 and those who helped build the Irish State, saying: “The seeds of democracy – freedom, vision, ideals and hope – sown at a foundational moment in the history of the Irish State had – and still have – momentous political consequences whose implications resonate to this day.”

He urged caution on how Easter Week 1916 is remembered and said that “Rather than bending the events of Easter Week 1916 in an attempt to claim legitimacy for a merciless campaign of indiscriminate acts of violence and murder, another logic is required.” He added that today this logic can be found in the Good Friday Agreement.

“The great challenge, now as it was then, is to create a society which will enable all of its citizens to flourish in equality in a country with an identifiably distinctive voice in Europe and in the world, an Irish republic, a sovereign independent state to use the words of the Proclamation.”

The event was held at the Church of the Sacred Heart, Arbour Hill, on 8 May 2019. The ceremonies honour the memory of all those who sacrificed themselves in war. Bishop Farrell said that those “past sacrifices have made our present freedoms possible.”

He said that those who take courageous action do not always have the satisfaction of knowing what role they play in turning the tide of history.

However, he cautioned against putting political leaders on a pedestal and using iconography to portray an idealised past. That undermines a life-giving vision of, and for, the future. Rather than helping people embrace the present, such a sterile vision of the past is little more than a flight from the present.

“Our Christian faith calls us to engage with the present, and with the present as it is. But it also asks us to view the world in a different optic – one of service, support, sacrifice – where people are seen as gift rather than entities to be profited from.”

On the global front he said that we “civilised” women and men across the world allow a quarter of humanity go to bed hungry each night, and, in Ireland, leave more than 10,000 homeless. 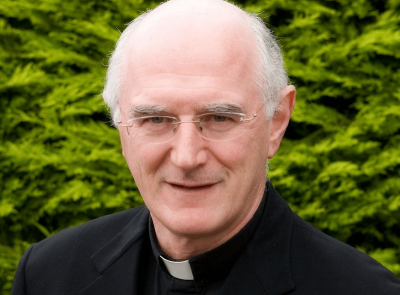 “Announcing salvation through private enterprise does not sit easily with a Republic that ‘guarantees religious and civil liberty, equal rights and equal opportunities to all its citizens and declares its resolve to pursue the happiness and prosperity of the whole nation and all of its parts cherishing all of the children of the nation equally …’ to quote the 1916 Proclamation where it enumerates the inalienable rights of all human beings.”

He added that the refugees and migrants who come to Ireland are looking for nothing less than the vision of society outlined in the Proclamation – “a place of justice, peace and safety for all.”

He concluded by asking those present to pray for the generosity to cherish all, and the courage to act out of love toward both friends and strangers, even if it may cost.