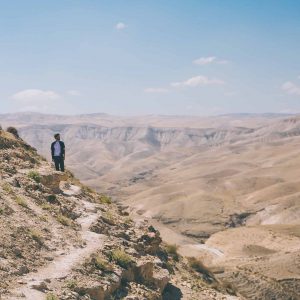 The Irish Scripture Union is launching a series of films tomorrow, Tuesday 14 March, that aims to help young people to more fully explore and engage with their Christian faith.

The NUA film series consists of eight short films designed to be viewed over the same number of weeks by senior cycle secondary school pupils, or by university-based or parish-based youth groups.

The topics dealt with in each film involve one or more of the big questions that Christians must ask themselves: How did we get here? What is the meaning of existence? How much of the Jesus story is fact? Why are so many Christians unlike Christ? In a world of so much pain, how can we say God is good? Has the Church caused more harm than good?

“This is a high-quality film resource that is the result of many years of engaging with young people, listening to their questions and doubts, and helping them explore the essence of the Christian faith and spirituality,” says executive producer Jonny Sommerville, who is youth coordinator in Ireland of the Alpha faith renewal programme. “This series will help and equip young people throughout Ireland – and beyond – to take an honest look at the questions they have about Jesus, the Bible, and what it means to be a Christian in the world today.

“It is not something that was just thrown together by just two people, me and my mate. There has been a lot of thought and collaboration put into this. NUA was written, reviewed, and edited by more than 30 trusted critics, including a small inter-church theological group, chaplains, clergy, youth and pastoral workers, parents, and a focus group of young adults. This project required a substantial financial investment and was filmed by one of the best creative video agencies in Dublin.”

Some of the live action in the films was shot in the Holy Land and the films also use animation for certain elements, such as the illustration of a parable.

The series is being launched at Gonzaga College in Dublin, in the presence of Bishop Eamonn Walsh, auxiliary in Dublin, and Bishop Ken Good, plus some 250 others comprising youth chaplains, religious education teachers and parish workers.

“We’re launching in Ireland, but we hope these films will be used across the globe,” said Jonny. “The series is available for €30 on a 16GB USB key that contains the eight film episodes, plus nine training videos for facilitators, plus eight vox pops relating to each of the episodes that can be used to assist group discussions about the topics explored. There is also a facilitator’s guidebook available for €20 and student journals, priced between €4 and €5 each, for use by the young people viewing the films.”