Home > Featured > School costs do not add up for parents

School costs do not add up for parents 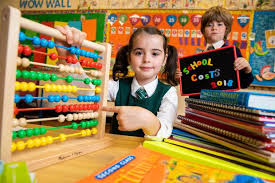 At least half of parents borrow money, cut back on household expenses or do not pay due bills in order to pay for their children’s back-to-school expenses.

“Summer time should be a time spent on the children but instead it is spent worrying about having enough for September … the cost of education leaves us with nothing left, and struggling,” commented one primary school parent in the Barnardos School Costs Survey 2019.

The survey found that parents continue to pay dearly when getting their children ready to return to school each September. The 2019 figures show that the average cost of the basics needed for a senior infants pupil is €340; for a fourth class pupil it is €380; and for a first year pupil it is €735. This is similar to 2018, when costs were €360, €380 and €745 respectively.

“Every year for more than a decade parents have been telling Barnardos – through our School Costs Survey – that their children’s back-to-school costs place a significant financial burden upon them,” said Suzanne Connolly, CEO, Barnardos.

“Once more it is clear from our survey that parents are stressed out, overburdened and fed up of subsidising our so-called ‘free education’ system. The substantial financial cost of sending a child to school means access to education is not free and anything but equal.”

Barnardos has called on the government to take the first step in providing free education by introducing free school books, which would cost just 0.2 per cent of the overall education budget, for all primary school children in Budget 2020.

“Developing a free education system will not happen overnight but the government must take the first step in creating a more equitable system,” said Suzanne Connolly. 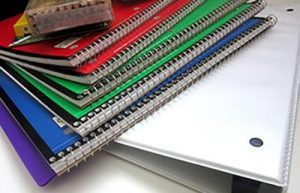 Stationery was included in the survey for the first time in 2019 and varies from €20 for a senior infants pupil to €30 for a fourth class pupil and €60 for a first year.

One parent told CatholicIreland.net that the new Junior Cycle, with ongoing assessment, is adding unexpected stationery costs. For example, instead of the usual copybooks, hardback exercise books are required; project folders cost from €4 to €6 each and when this is multiplied by 8 subjects, it adds up.

“The government must provide adequate capitation fees to schools so that they no longer have to rely on additional contributions from parents who are already put to the pin of their collar,” stated Barnardos.

Paying for expensive crested or branded uniforms rather than generic ones continues to be an issue in spite of guidelines. Barnardos recommended that schools’ Boards of Management adhere to the Department of Education circular regarding school uniform policy to take measures to reduce the costs on parents. It also called on the government to restore the Back to School Clothing and Footwear Allowance to the 2010 level by increasing the primary and secondary school rates by €25 per child in Budget 2020, to €175 and €300 respectively.

The survey includes the cost of clothing, footwear, school books, stationery, classroom resources and voluntary contributions. It does not include transport.