Back to school costing families €1,950: Barnardos

The real cost of ‘free’ education in Ireland for a family with three children is about €1,950.

That covers uniforms, books, the bus and shoes but no extra-curricular activities according to Barnardos which yesterday published the annual school costs survey.

The average cost for an individual ranges from €345 for a young primary school pupil to €735 for a first year secondary student (not including transport or extra-curricular activities).

“The cost of sending children back to school is crippling too many families, with the cost of uniform, school books, equipment, voluntary contributions and transport all adding up,” Fergus Finlay, CEO, Barnardos warned.

However, he added that ‘parent pressure’ is having an effect and there are signs of school uniform costs leveling off, and some schools are allowing for cheaper uniform options.

“The voluntary code for publishers (to minimise reprinting) is being adhered to. This coupled with the introduction of more school book rental schemes in primary schools is encouraging,” he added.

But school costs still far outstrip the Back to School Clothing and Footwear Allowance rates of around €100-€200. No policy or arrangements have yet been made for e-books and VAT is added to the considerable cost.

One parent in the survey stated: “Cutting the Back to School Allowance and having no system for making electronic devices available to low income parents has resulted in bullying and pupils dropping out of school early as parents cannot afford ‘the FREE education’ provided in Ireland.” 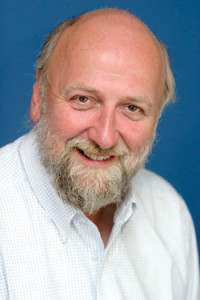 Mr Finlay said that the high costs and low allowance mean that those most at-risk of poverty are most likely to be pushed into further difficulty.

On RTE Radio news, he urged the Government to “stop being gentle” on schools and to tell them what they must do to cut unnecessary costs for parents.

“This means efficient and effective book rental schemes for all schools, affordable school uniforms that are ethically sourced and properly resourced schools which do not have to plug the gap by seeking ‘voluntary contributions’,” Mr Finlay said.

This is the ninth year Barnardos has run its School Costs Survey and this year 2,027 parents responded.

The survey showed that on average clothes, footwear, books, classroom resources and voluntary contribution for a child in senior infants cost €345 in 2014 which is €5 less than 2013.

This did not include extra costs such as school bag, trainers, extra-curricular activities and transport.

-in primary schools 76% have to buy uniforms with the school crest; 12% can purchase without crest; and the remaining do not need a school uniform.

– in secondary schools 97% have to buy a school specific uniform, 1% use a plain uniform and just over 2% have no uniform.

Crested jumpers and tracksuits cost from €30 – €45 compared to plain coloured jumpers at €10 and in some stores €6.47 for a uniform set (jumper, polo shirts and trousers / skirt).

– in secondary schools 20% have access to a school book rental scheme. – Some rental schemes do not cover all books

-mandated in some schools in the absence of a national digital strategy (still being drafted by the Department of Education).

– 14% of survey respondents had a child using a tablet in secondary schools, in most cases sourced by the school and paid for by parents along with e-books and apps required. Some parents said this cost more than €850.

-13% of primary school children use a tablet in school, mostly supplied by the school through fundraising by the Parent’s Association which also pays for e-books, apps or software etc.