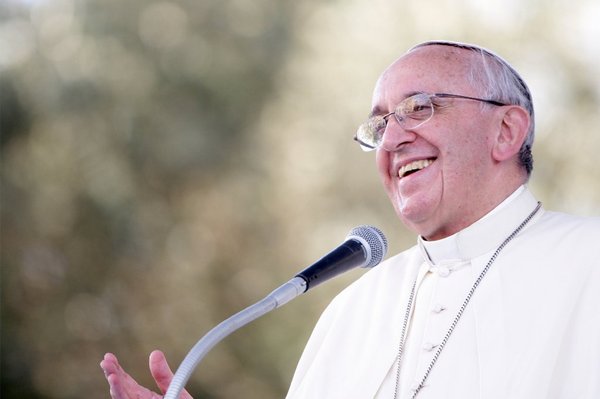 Pope Francis has delivered a strong ‘practice what you preach’ message to Christians guilty of living a double life.

In a homily at Mass in Casa Santa Marta on Thursday, the Pontiff warned, “Scandal kills.”

Pope remarked that many people say they are unable to accept the faith of the Church because they see how Christians behave.

He reminded the faithful that Jesus had spoken very strongly against giving scandal.

The Pontiff made his comments in a homily ahead of administering the sacrament of Confirmation during the Mass.

The person who receives this sacrament, Pope Francis said, “manifested the desire to be a Christian. To be Christian means to bear witness to Jesus Christ.”

He added that someone can be said to have faith, “but if one of these things is missing, he is not a Christian, there’s something wrong, there’s a certain incoherence.”

The Pope underlined that Christians who live in an incoherent way to their faith “do so much harm”.

“We heard what the Apostle St James says to some incoherent people who boasted of being Christian, but took advantage of their employees. He says, ‘Behold, the wages you withheld from the workers who harvested your fields are crying aloud; and the cries of the harvesters have reached the ears of the Lord of hosts.’”

The Pontiff warned that when there is no Christian coherency, and you live incoherently, you are guilty of giving scandal.

Jesus, the Pope reminded the faithful, “speaks strongly against scandal. ‘Whoever causes one of these little ones who believe in me,’ even one of these brothers, these sisters that have faith, ‘it would be better for him if a great millstone were put around his neck and he were thrown into the sea.’”

An incoherent Christian, he said, “does so much harm. Scandal kills.”

“If you find yourself in front of – imagine! – in front of an atheist and he tells you he doesn’t believe in God, you can read him a whole library, where it says that God exists – even proving that God exists, and he will not have faith.”

“But if in the presence of this atheist you bear coherent witness of Christian life, something will begin to work in his heart. It will be your witness that that he will bring this restlessness on which the Holy Spirit works. It’s a grace that we all, the whole Church must ask for: ‘Lord, [grant] that we might be coherent.’”

The Pope concluded, “We must pray, because to live in a coherent Christian way, prayer is necessary; because Christian coherency is a gift from God and we must ask for it.”